A few months ago, I read the synopsis of a movie showing at one of my favorite theaters, Landmark E Street downtown, called The Baader Meinhof Complex, a subtitled German film. I remember it being a movie set in 1970s Germany about a Red Army faction, and the online summary had words like “fascism”, “German democracy”,”American Imperialism”, “radicalized children of the Nazi generation”. For some reason, those words turned me off from running out to see it as soon as possible, so I never got around to it. 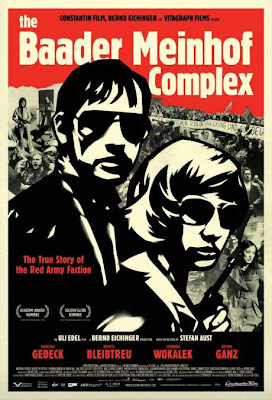 So, last Wednesday, when I saw that this movie was already showing on cable, at 10 pm on Cinemax, I turned it there to see what I missed, even though it was almost my bedtime.
It didn’t take long to realize that I screwed the pooch on this one. 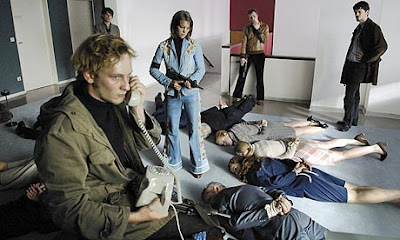 The Baader Meinhof Complex is indeed about a Red Army faction in 1970s Germany. The group (the RAF) is made up of young German activists, well, terrorists, who organize bombings, bank robberies and full blown assassinations to wage war against the new face of fascism: American imperialism supported by the Old-Nazi German establishment. I know what you’re thinking, there go those words again, *yawn*. But the movie was much less political than action-packed, full of explosions, shootings, and some seriously radical behavior by the RAFs organizers, namely, Baader and Meinhof. 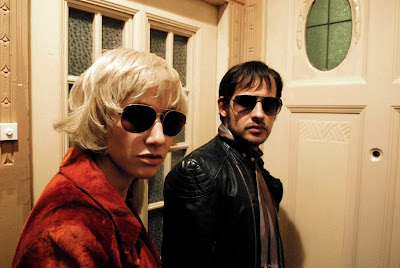 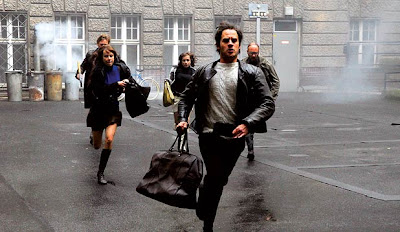 I couldn’t take my eyes off the screen for three, yes, almost THREE hours, and not just because it’s fully subtitled, lol. I couldn’t wait to see what the group would do next, or what would happen to them, or how they would react, or what the POLIZEI would do next to catch them. 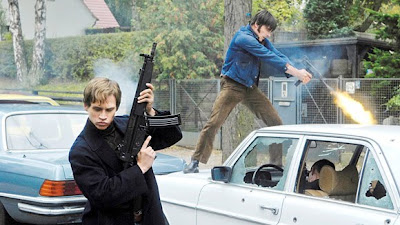 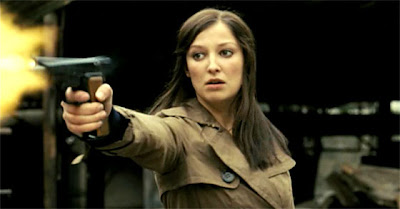 I ended up going to bed after 1 am totally satisfied by my movie experience. Probably one of the best movies I’ve seen in the past 10 years. Now if only America would make one.