Friday, April 9th, was my co-worker, April’s, birthday. So a couple of nice ladies in her department, Lorenna and Shelley, and I took her to lunch at a really nice spot in Old Town Alexandria called 219. 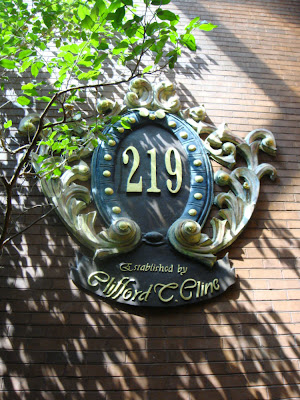 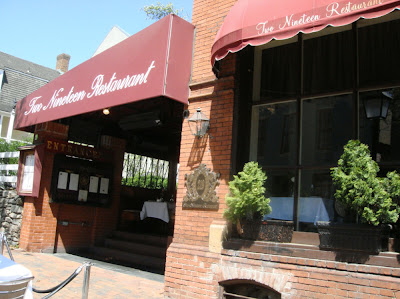 It must have just opened at noon, because we were the ONLY people there. It was too cool to eat outside, but otherwise, it would have been just lovely. 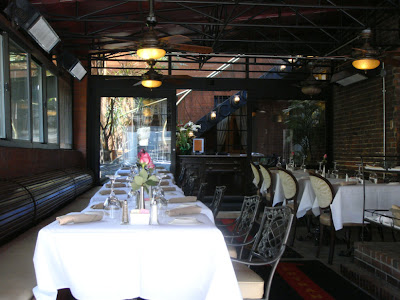 The upstairs portion of the restaurant was closed until 5 pm. There’s a bar and stage up there, so bands are usually playing in the evening. 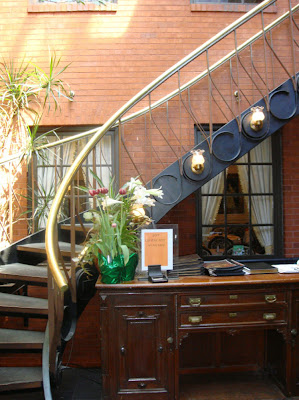 April was just happy to get out of the office for a while to a place other than Chipotle/Panera Bread/Quiznos/Potbellys. 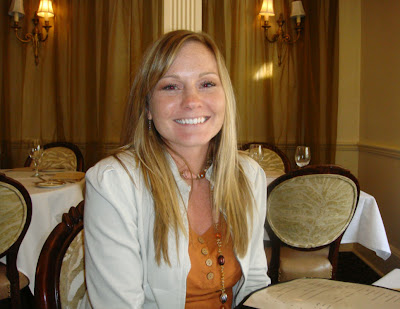 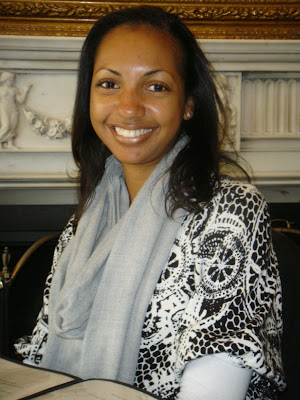 219’s menu was a French/American mix, it seemed, offering portions like She Crab Soup, Jambalaya and Three-Cheese Macaroni and Crab Florentine. Lorenna ordered an appetizer of brie, which I can only assume was very good because the bread was gone quickly. That’s a pear lump in the center. 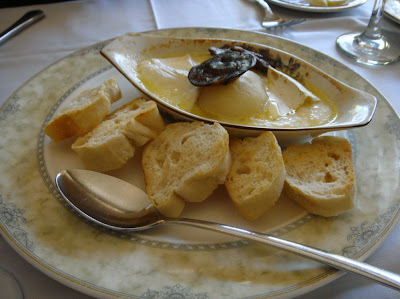 Three of us got the She Crab Soup. MAN IT WAS SO GOOD! I’m serious. I would go back just for that. Luckily, there’s more. 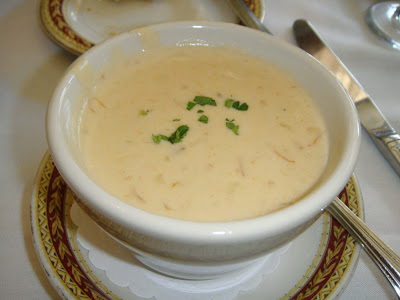 April got a garden salad, but she wouldn’t eat her avocado slices. 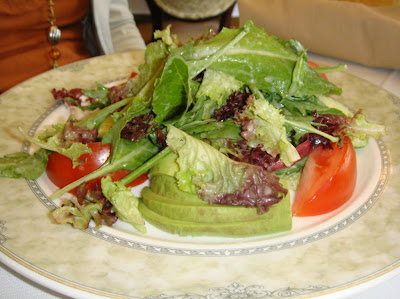 Lorenna got this yummy looking spinach salad with pecans on top. 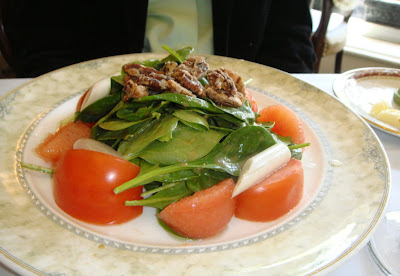 Shelly got the salmon. It was one of those dishes that made me wish I’d ordered it once I saw it. 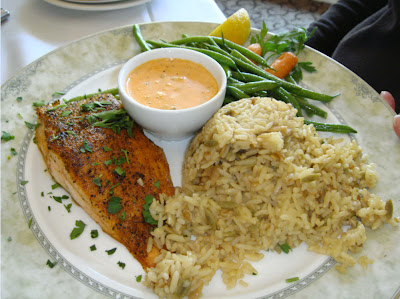 April and I got the three cheese macaroni and crab florentine, straight from the oven. At first it looks like a spinach and cheese casserole. 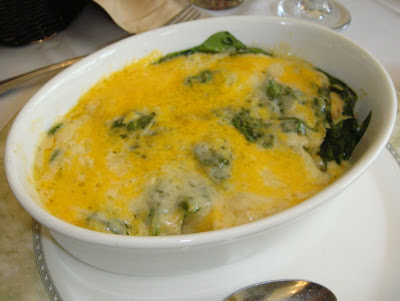 Then when you poke into it (and the steam runs out), you see that it’s made of those cool spiral macaroni noodles. And absolutely drenched in cheese (with some crab in there too, I promise). 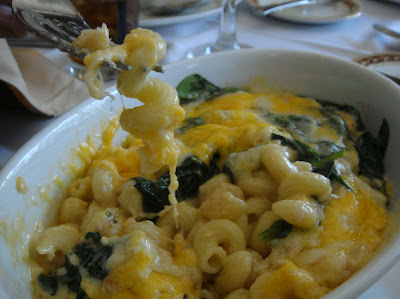 We were stuffed and had to take half of our meals home. Then the nice waiter brought out the yummiest lemon cheesecake with a candle in it for April. Awwwwwww. 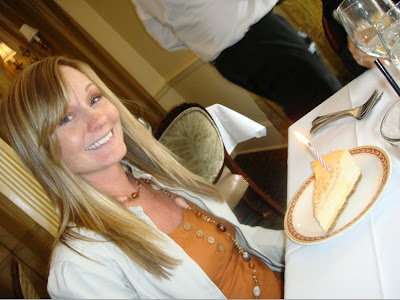 I would definitely go back! There were four items on the menu that I wanted and I had a hard time deciding, which is a GOOD thing. Plus I want to go late when a band is playing!
Happy Birthday April! (April and Shelley) 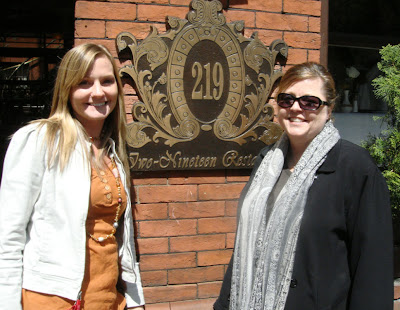 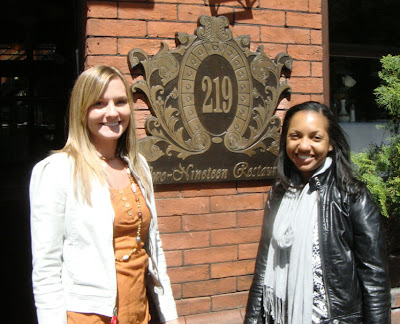 Bonus pic: For as beautiful as the furniture and ambiance of the place was (our chairs had faux ostrich seats), this message was written on the back of a stall door in the bathroom. I think it’s funny. 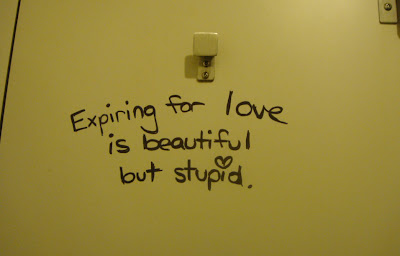 Who wants to go next time? Until then,
Insana
by Insana Collins
Leave a comment