President Obama: Fresh in the Flesh

If you read my Maya Angelou and Common post, you know that I photographed the 100th anniversary celebration of the National Urban League at the First Baptist Church of Glenarden on Wednesday, July 28th. As I was wrapping up and putting away my equipment, one of the event organizers comes over and starts talking to me.

Organizer: So, do you need a press pass to photograph President Obama in the morning?
Me: What?
Organizer: You know, a media pass to gain access to the press pit, to photograph his speech tomorrow?
Me: Um, YES.
Organizer: Great, so all you have to do is meet me in room 204 at 6:30 am.
Me: *still a bit stunned* Sure, I can…I can do that…
Organizer: Wait, no, 5 am. I think all of the press people have to be there at 5 am. But you have to be there on time, I only have 100 slots for press and media.
Me: Got it, I’ll be there.

And I was there. I barely got any sleep and had to call into work on a Thursday morning but when would I ever get to chance to hear the first black president of the United States speak live AND photograph him clearly? I was full of anxiety and kept imagining that 200 photographers would show up long before 5 am, and I’d miss my chance.

In 2008, the then-Senator Obama was staunchly supported during his presidential campaign by the National Urban League and promised that if he won the presidency, that he would return to the NUL to speak. And he was keeping his promise by speaking on the second day of their three-day annual convention in DC.

I arrived at the DC Convention Center just after 5 am, and turns out, the time really was 6:30 am, but I was the second person there in line for a press pass. I could finally breathe a sigh of relief. 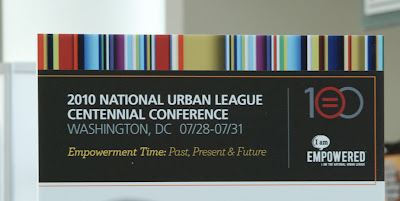 Before the President arrived, the scene below was filled with metal detectors, Secret Service agents and German Shepherds. After receiving our press passes, all of the photographers (and reporters/writers) were instructed to leave their equipment and camera bags on the floor, right where we stood, and walk away from thousands of dollars worth of equipment (a little unnerving for those involved, to say the least) to pass through metal detectors and get searched. Then, while watching our beloved picture-taking machines lying lonely on the floor, a German Shepherd was slowly walked by our belongings, to sniff for paraphernalia. What kind of paraphernalia, you ask? Who knows. Drugs? Gunpowder? C4? THEN, a plain clothes Secret Service agent went in after the canine, opening all of our camera bags, then our cameras, and literally dissassembled flashes, lenses and camera bodies to ensure that each item was exactly what it was supposed to be, as we looked on beyond the metal detectors. How thorough. 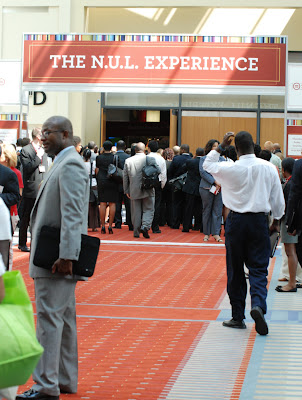 Once we were finally reunited with our equipment, we filed into the Press Pit and waited. It was now 9 am, and I was hungry. The president was scheduled to arrive at exactly 10 am and leave the building at 10:40 am. Once he was there, no one was allowed to leave or enter the building. 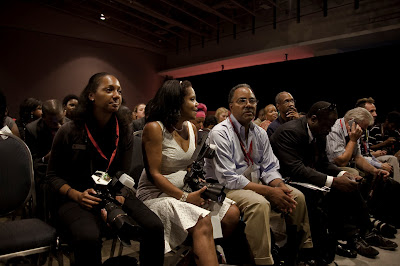 At about 9:30, we were allowed to assemble ourselves (in a civilized manner) on the riser in the center of the convention hall, where the video cameramen were located. A “rotating press formation” gave way to every photographer agreeing to hold their position until the end of the speech, in sort of a pyramid of lenses; some sitting, some kneeling or sitting in a chair behind the sitting person and some standing on their feet behind that kneeling person.
After what seemed like forever, there he was. 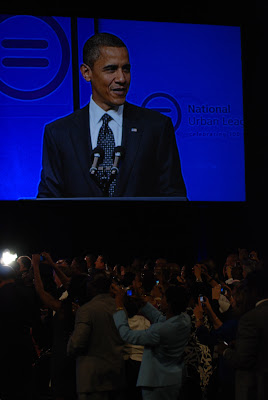 Looking as cool as ever. 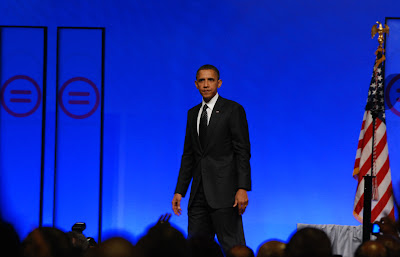 Afterwards, lots of people asked me if I got the chance to shake his hand or ask him a question or get his autograph. Do you see how far back I am? 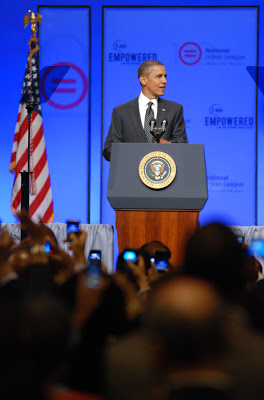 And then he spoke. 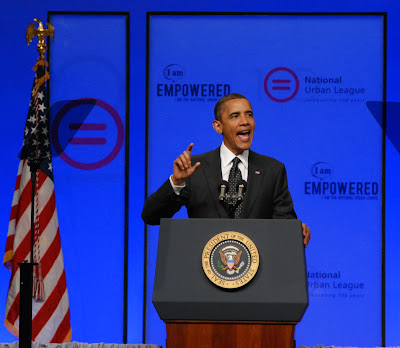 He talked about the state of the black American, and the importance of the National Urban League. He talked about how political pundits don’t believe that educational issues in America aren’t the same as economic issues in America, without realizing that the youth of America will determine our future economy. Wow, the same way 1 + 1 = 2. This guy makes so much sense. 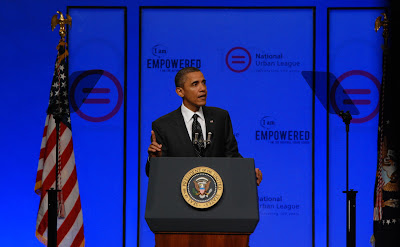 He related to black students, teachers and parents during his speech, about the trials of teachers, and how underpaid they are, how they have to often dig into their own pockets to buy class materials and to literally feed their students. 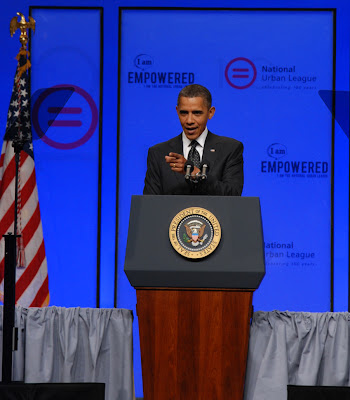 What a great speech. I’m so glad I voted for this guy. 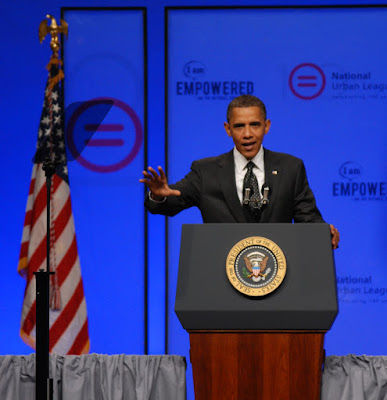 Opening the door when opportunity knocks,
Insana
by Insana Collins
Leave a comment