Today for lunch, my coworkers and I took Ronette Collins out for her birthday. We headed for Galae Thai, a Thai food restaurant in Eisenhower Center by my favorite movie theater and ColdStone Creamery. 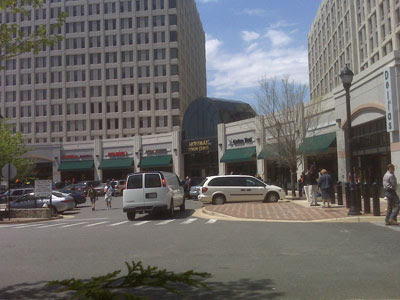 The ambiance suspiciously resembled Buddha Bar with a bunch of Buddha statues all over the place and other cultural artifacts. Overall, very pretty. They took us to Thailand. 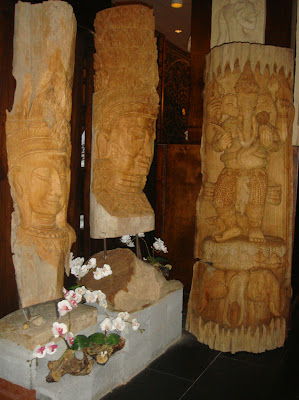 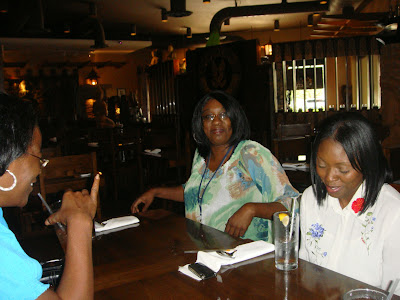 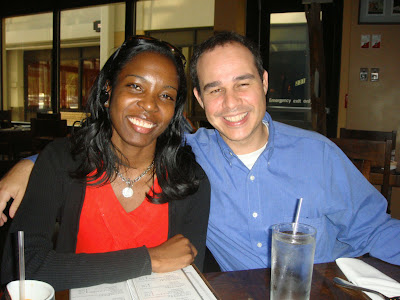 Ronette ordered some spicy crab rolls as an appetizer, and as a person who formerly hated sushi in all its forms, I like these. It must be the crab. 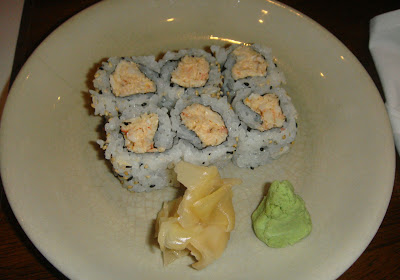 If you comment and tell me that this, after all, is not sushi, then I still hate sushi but love crab rolls. 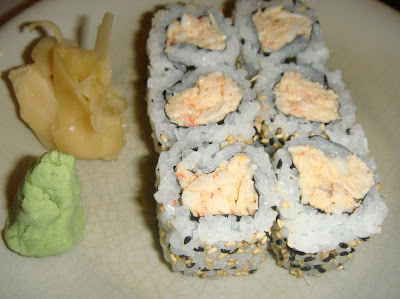 Erica got Chicken Panang. It looked REALLY GOOD and is eaten on a bed of white rice. Peep the “bent” bowl. The cups were like that too. Tia got the same thing, but with broccoli. Looked even better. 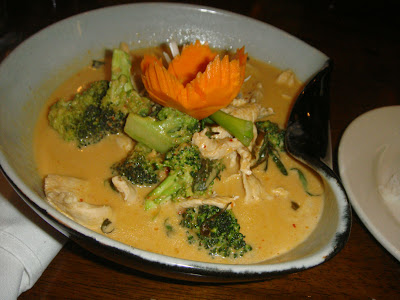 Melanie got a plate of raw food. That’s the only way I know how to describe it. 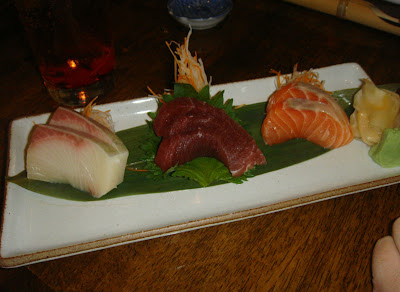 So did Jason. Except at least his shrimp was cooked. I hear it’s against the law to serve it any other way. He says that wasabi is routinely served with raw foods as an antibiotic to any bacteria in your raw food. True? False? Maybe? 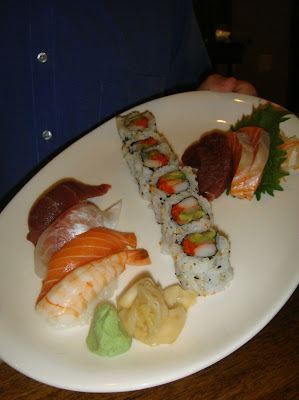 Tia’s co-worker got a spicy tuna tempura roll. She liked it so much, she got two! 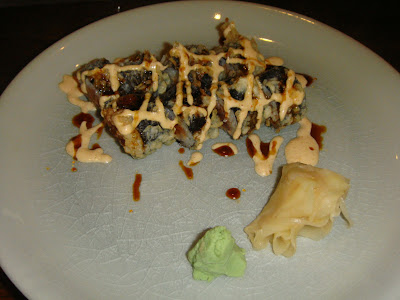 The birthday girl, Ronette, got Seafood Fried Rice. It smelled soooo good. She likes it hot, hence all the red curry and chili flakes you see in the rice. There were scallops, shrimp, clams and calamari in the rice. 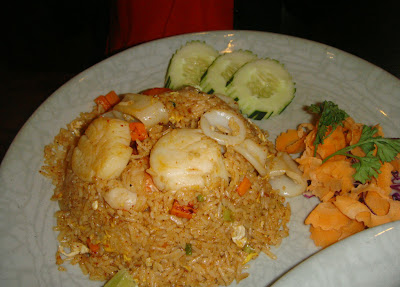 I got shrimp fried rice with pineapple chunks (added). Mine isn’t nearly as hot as Ronette’s, hence the absence of so much red curry and chili flakes. See my bent plate? 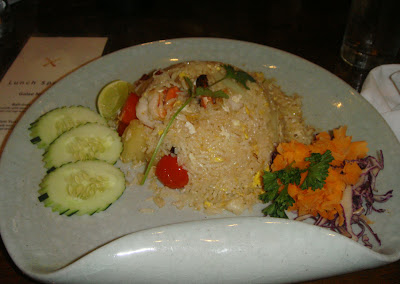 The verdict? I now very, very much like two Thai food restaurants: Old Siam on 8th Street Southeast on Capitol Hill, and Galae Thai. They season the rice so well and use the right amount of egg and onions that just plain old fried rice would probably be delicious there. I can’t wait to eat my leftovers later. They are both the schnizz. Go there. You’ll likey.
Insana
p.s.

I saved room for ColdStone though! 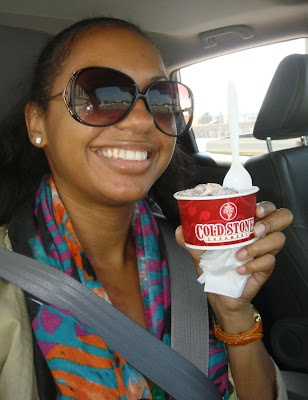