Last night around 11 pm, I began hearing fire truck engines and ambulances enter my neighborhood. I’m not usually a nosy neighbor and I could see the lights and hear the sirens so I knew that something was going on, but it usually ends up being someone’s medical emergency and walking outside in your PJs to look at flashing lights is no fun. So I stayed put. Then I heard more fire truck engines (they made my windows rattle). I became slowly aware that the emergency vehicles weren’t just in the neighborhood, but on my block. I cracked my screen door open and sniffed the air for smoke…nothing. So again, I stayed put.

A few minutes later, I heard even more sirens and fire truck engines and only then was I aware that something serious was happening. I looked outside this time and saw that all of the light and smoke was coming from the direction of one of my good buddies’ condos, so I text him and he wasn’t home, but was instantly alarmed and wanted to know what was going on. So I finally had to walk outside and find out. 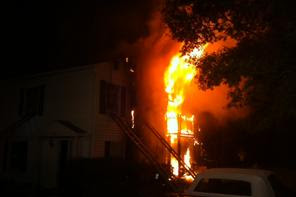 Many of my neighbors were outside, watching from a distance. 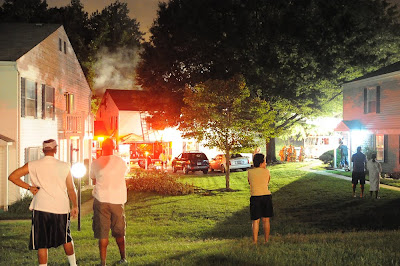 I walked past them to get a closer look. 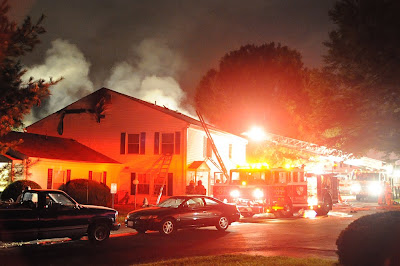 As far as I know, especially from this article on WJLA, no one was hurt. And my homies’ condo wasn’t one of the units affected. But 11 people who lived in this condo unit cannot return because of damage. I will be praying for them.