In January for DC’s Restaurant Week, Nicole, Sue and I went to Vidalia restaurant at 1990 M Street NW, not far from The Palm, Ozios, and Dirty Martini on Connecticut Avenue. 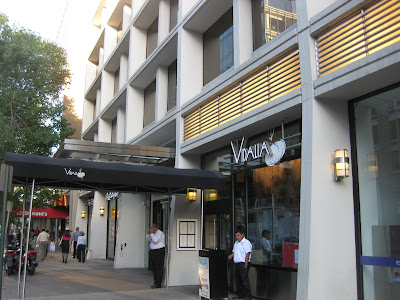 As soon as you walk in, you end up heading down a flight of stairs. Vidalia is underground? Yep, but it’s ok, it’s pretty posh! 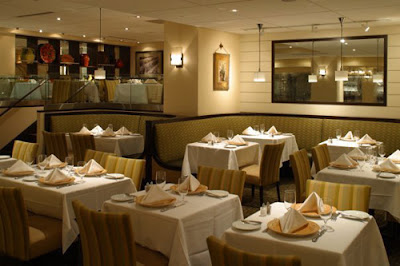 We sat down starving. Luckily, we were served with yummy corn bread and onion bread (mmm, onion bread!) right away. 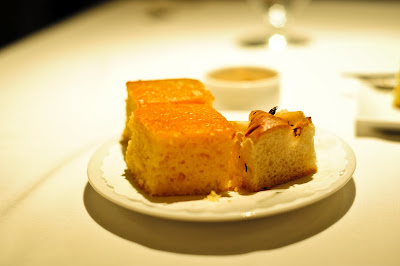 Nicole got a salad. It looked yummy. But I was doing great with the onion bread. 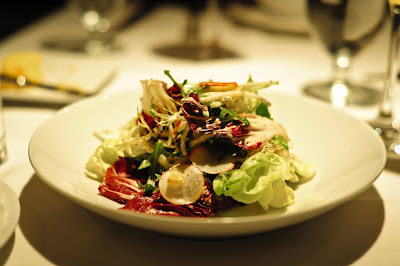 Sue got parmesan crusted fluke. I don’t know what a fluke is, except that it’s fish, and it’s hard to resist anything parmesan crusted, but I did, because I don’t like when we try new food and order the same thing. 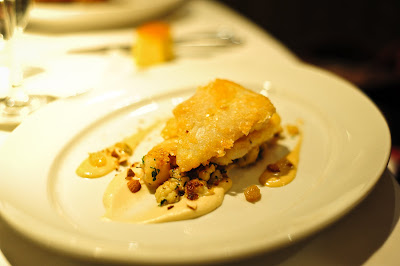 Instead, I ordered the salmon. And let me tell you–this post is a month late because I’ve been thinking about that salmon ever since. It was so good. It sat on a bed of couscous and cranberry jus, which did more than add a little color to the plate. It was so good. Did I already say that? I think I did, because it was so good. 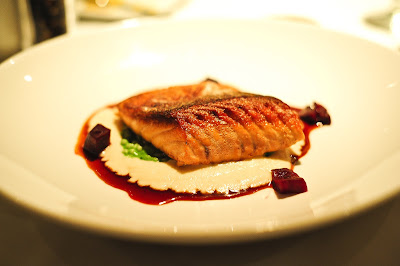 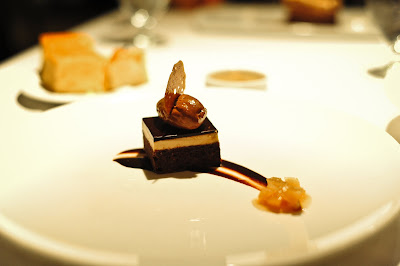 Nicole got some sort of peanut butter crunch layered assembly. I think she liked it. It looks hearty, doesn’t it? 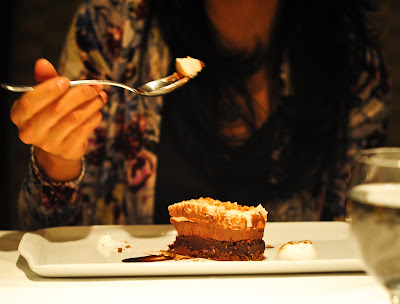 And Sue got a mini pecan pie. I think she liked that too! 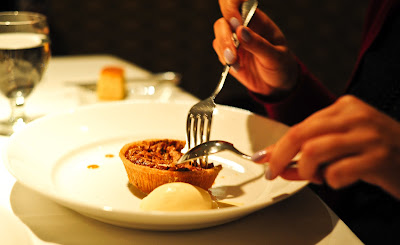 Writing this post just made me super hungry. I hope to go back to Vidalia soon–let me know if you wanna go!