47 Ronin: Beautifully filmed and visually captivating; if only the characters were as captivating as the scenery. While Keanu Reeves, the “half-breed,” makes you forget he’s 49 years old (yep!), he’s as deadpan as ever, but his swordplay and bravery make up for it. If you didn’t know, the tale of the 47 Ronin has been re-told and re-filmed many times, so I had to try hard, very hard, to excuse the Ancient-Japanese-Story-Told-Completely-In-English thing. This was “our” version, and I have to admit, it looked pretty flawless.

If only the character development were stronger, the fight scenes bolder and the story of the ronin told better to American audiences. We can’t win them all. See it if you really like Keanu Reeves and you enjoy moderate swordplay. 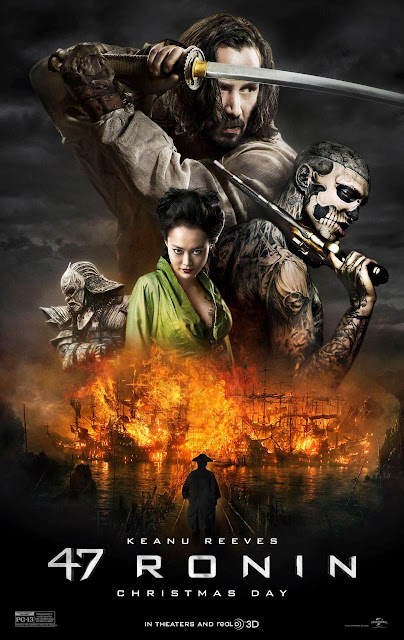