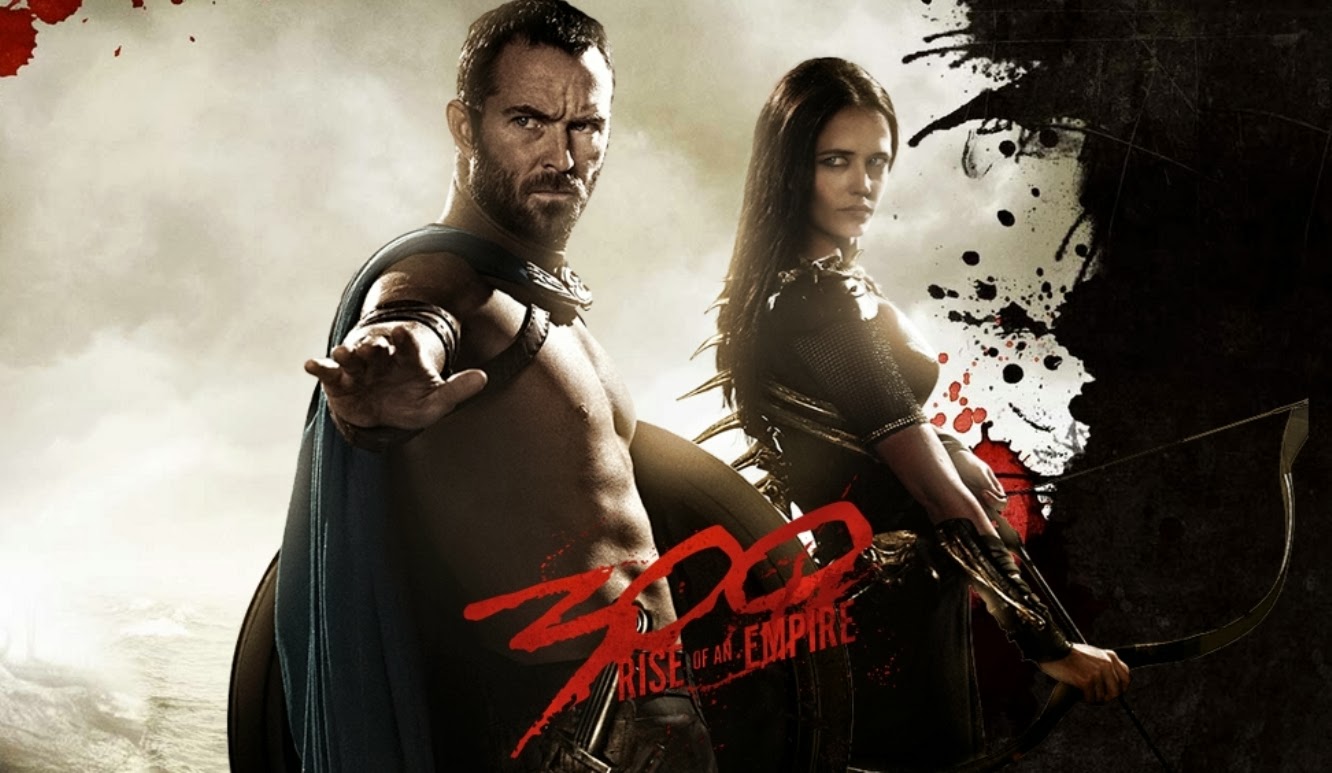 It’s certainly bloodier. I’m talkin’ Ninja Assassin bloody. In 3D, gallons of dark, almost black blood could be seen flying through the air at any moment. Wickedly spiteful amputations and decapitations, clearly for our enjoyment. A spectacular improvement. 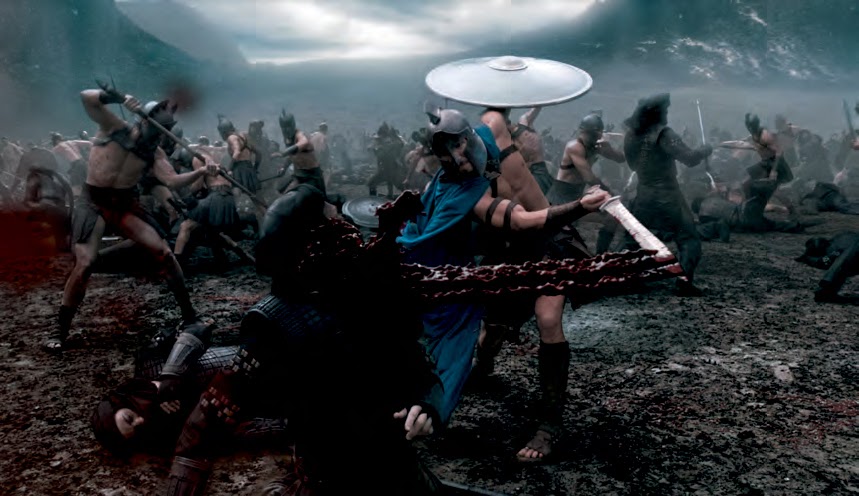 It includes more slow mos. No fight scene is taken for granted in 300: Rise of an Empire, which is why we enjoyed the former. Vicious fight scenes continued to beautifully punctuate Empire, featuring high flying weapons, perfectly lit fists contacting perfectly lit (however unfortunate) jaws, and again, more rain, sweat and blood droplets than ever before. 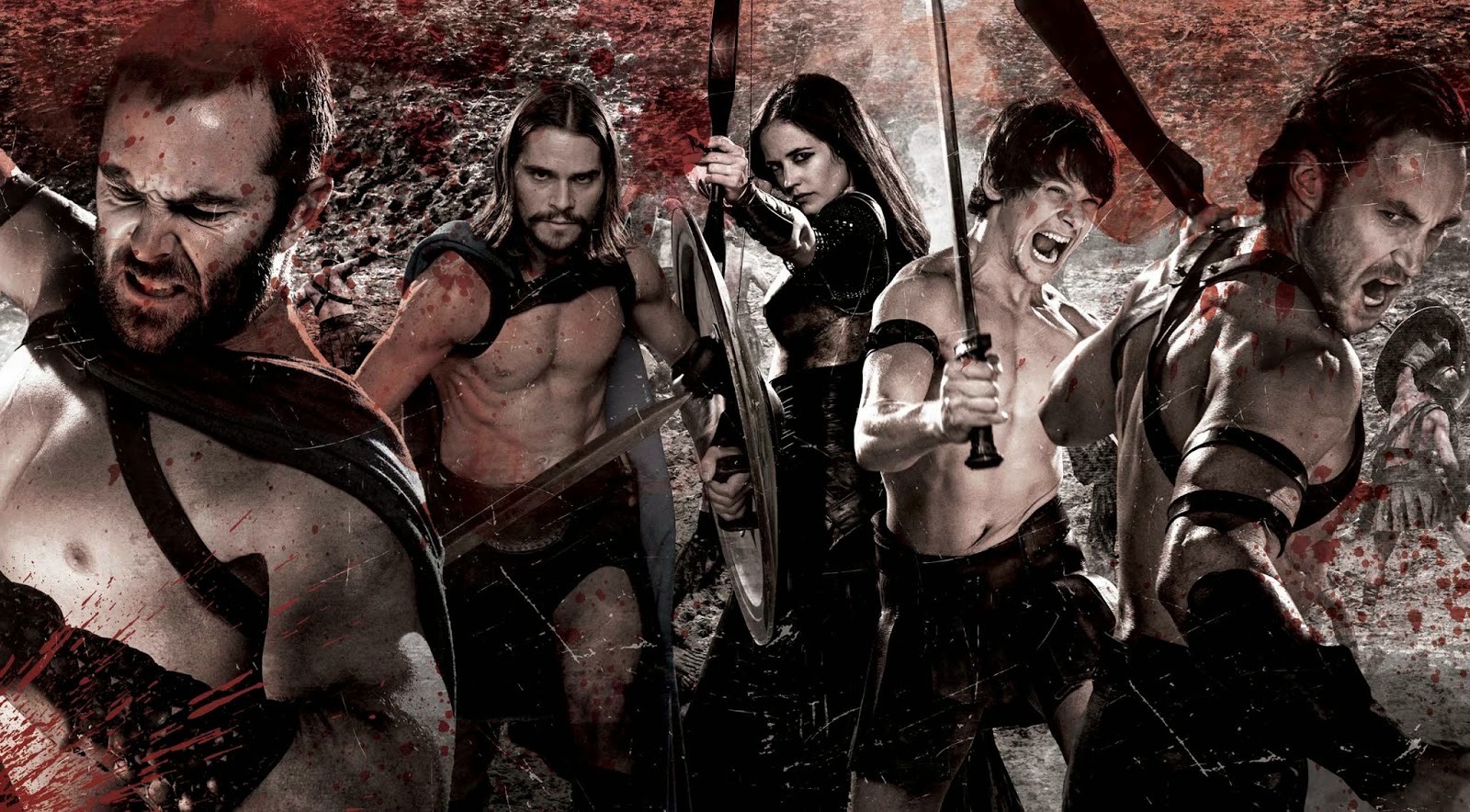 Ancient Greece could’ve used a speech writer. The gallant monologues in Empire didn’t come close to besting Leonidas’ battle speeches. War pumps and historic laments were given by Artemesia (you’ll meet her), Gorgo–the unforgettable wife of Leonidas and Queen of Sparta, and Themistocles, Athenian General and the supposed hero of Empire. Were the Athenian soldiers pumped by Themistocles glory shouts? Maybe. [At one point, there is even a loud announcement for wine, and the Athenian soldiers are equally moved.] Were the “we fight for freedom!!” cries by Themistocles and Gorgo…and then again by Themistocles a little redundant? Probably. Not only were there too many ‘logues of any kind, but I got the feeling that the screenwriters phoned it in. 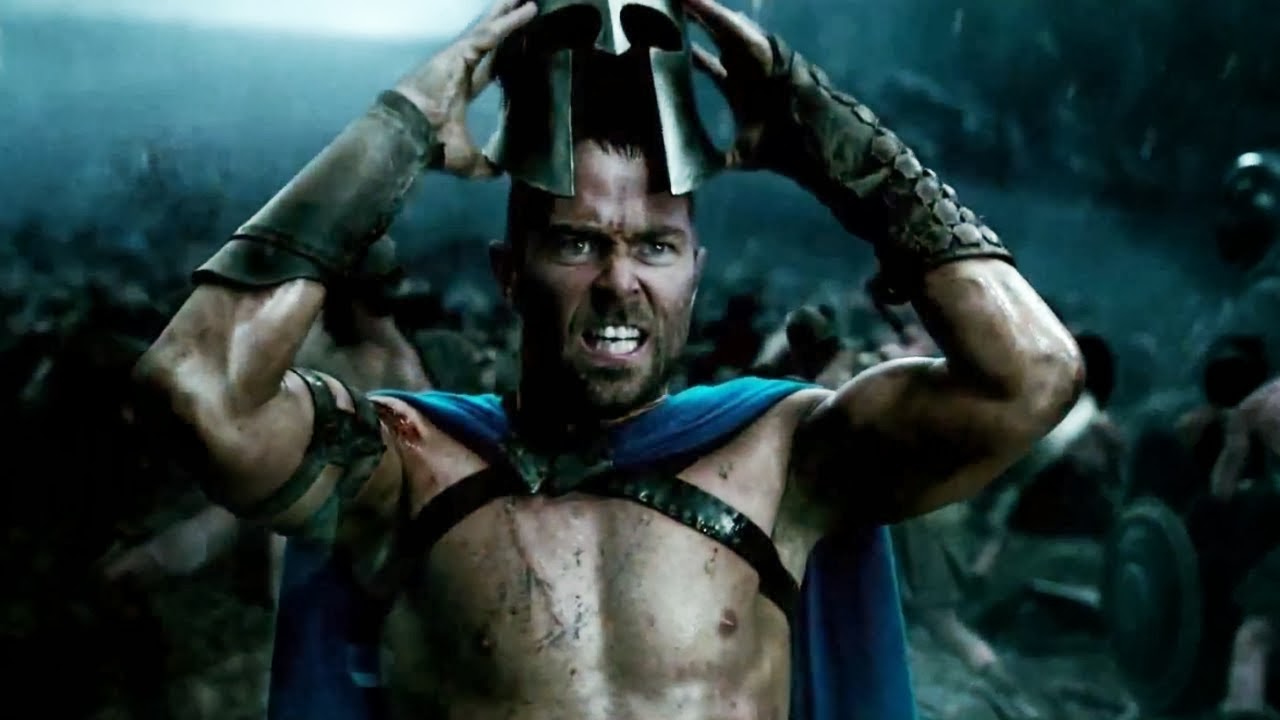 Xerxes takes a backseat. Pretty as he is, it’s clearly Artemesia’s time to shine. But, we do find out how the God King came to be in the first place. Sweet! 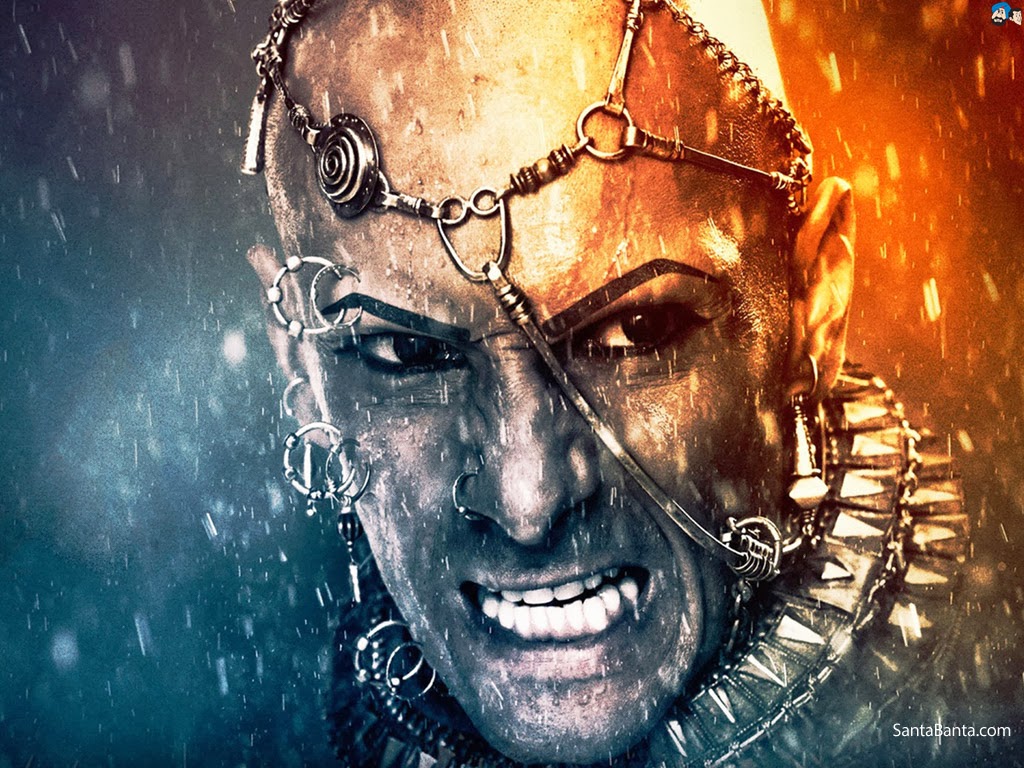 Sweat the small stuff. In a film like 300, no detail goes unnoticed, but in Empire, the small stuff could’ve used a bit more forethought. Like the clarity of the muddled plot (and even muddier timeline) and the necessity of that sex scene. Little tweaks and omissions here and there would have helped us all along.

A1 costume design. Pay close attention to Artemesia’s outfits, as if you could help it. She serves for an hour and 42 minutes. 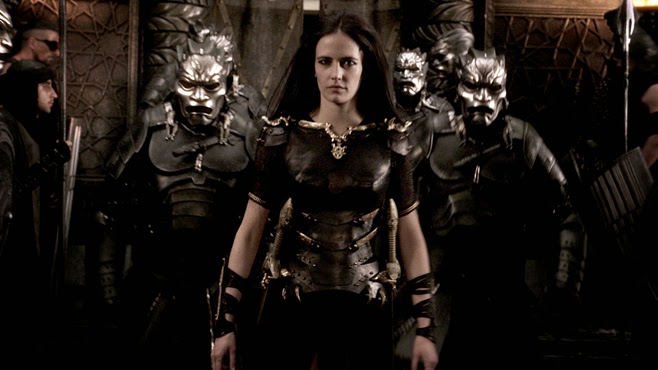 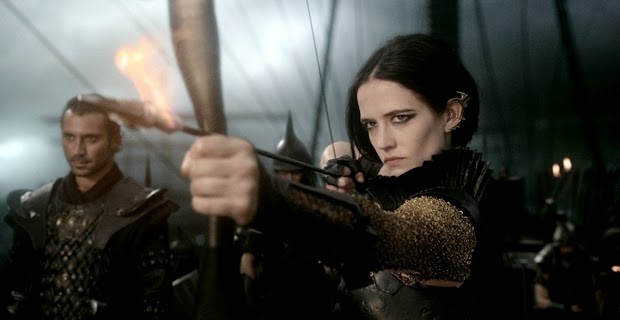 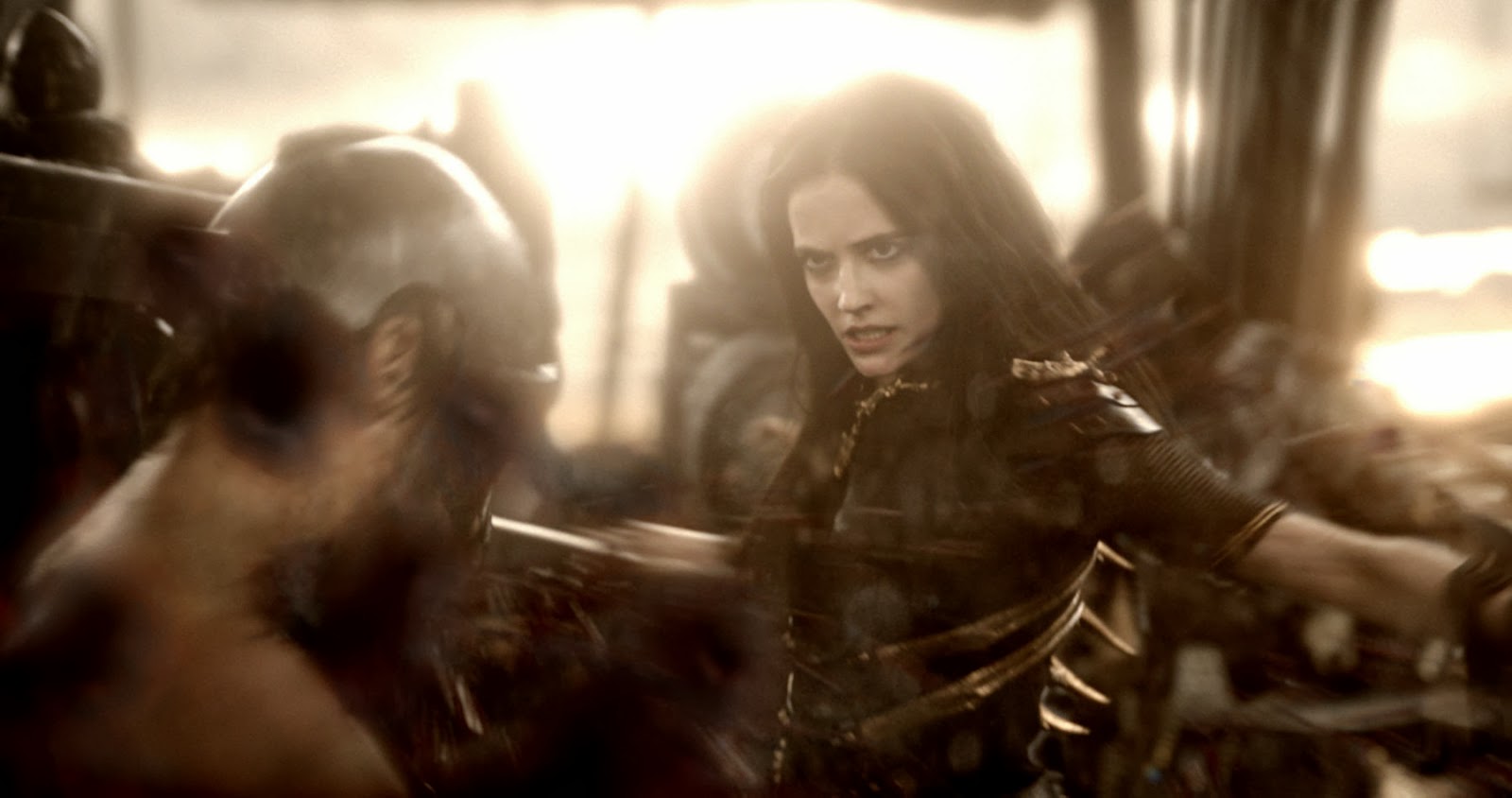 In short, 300: Rise of an Empire was beautifully built but poorly constructed, like a grand castle with an impressive facade, supported by crumbling columns within. It may be falling apart, but it looks so good, you can’t stop staring.