Hey y’all.  Last Tuesday, my bestest blonde homegirl April, and I left DC and headed to Athens, Greece. I had no intention to really visit Athens, but the nearby islands of Santorini and Mykonos instead. However, it’s smart to fly into the capital city and the largest city in Greece. People warned me, “Athens is dusty and boring. The only thing there to see is the Acropolis and you’re done. So just stay for a day and leave.” That was my initial intention, but I stayed for two nights anyway. Guess what? There’s more to see than the Acropolis! And I’ll tell you what else…

1. Athens is indeed dusty. But of course it is. It’s one of the world’s oldest cities. It’s older than Jesus. At 3,400 years old, I’d expect to wash a bit of Athens down the shower drain at the end of every day. 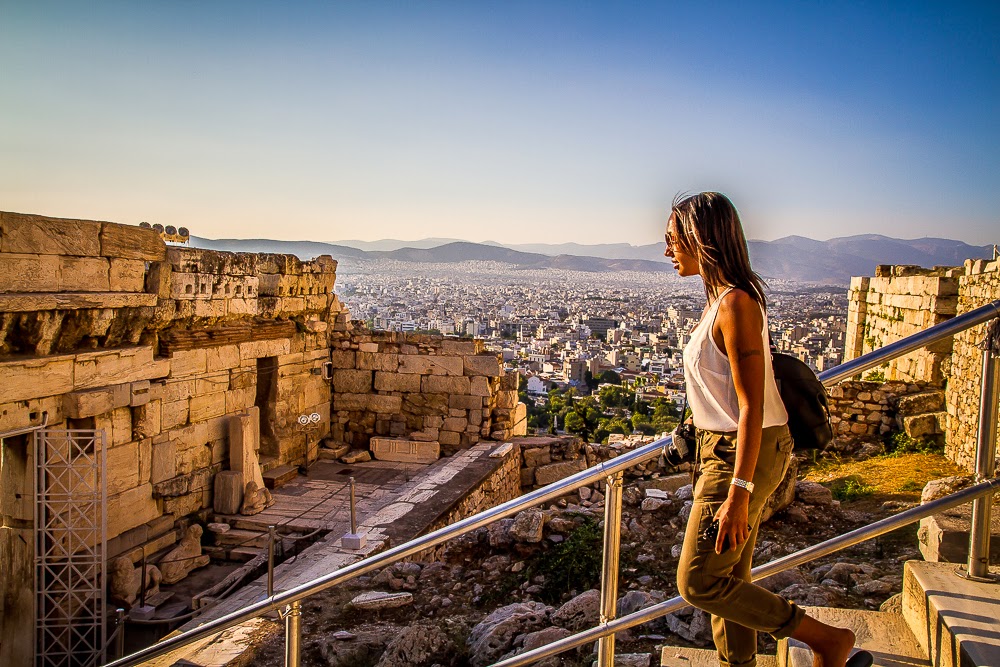 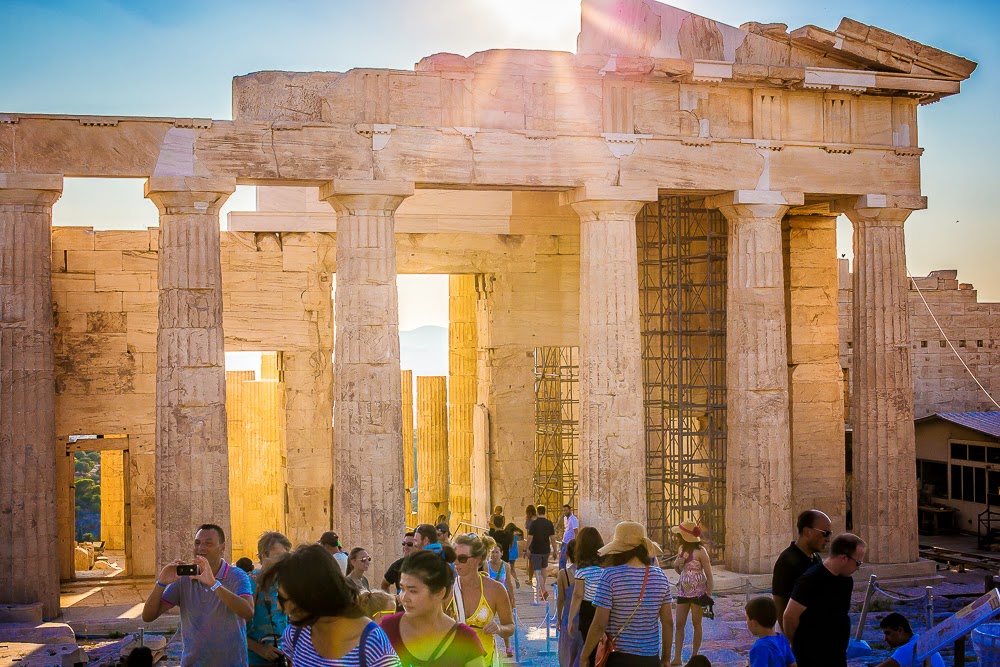 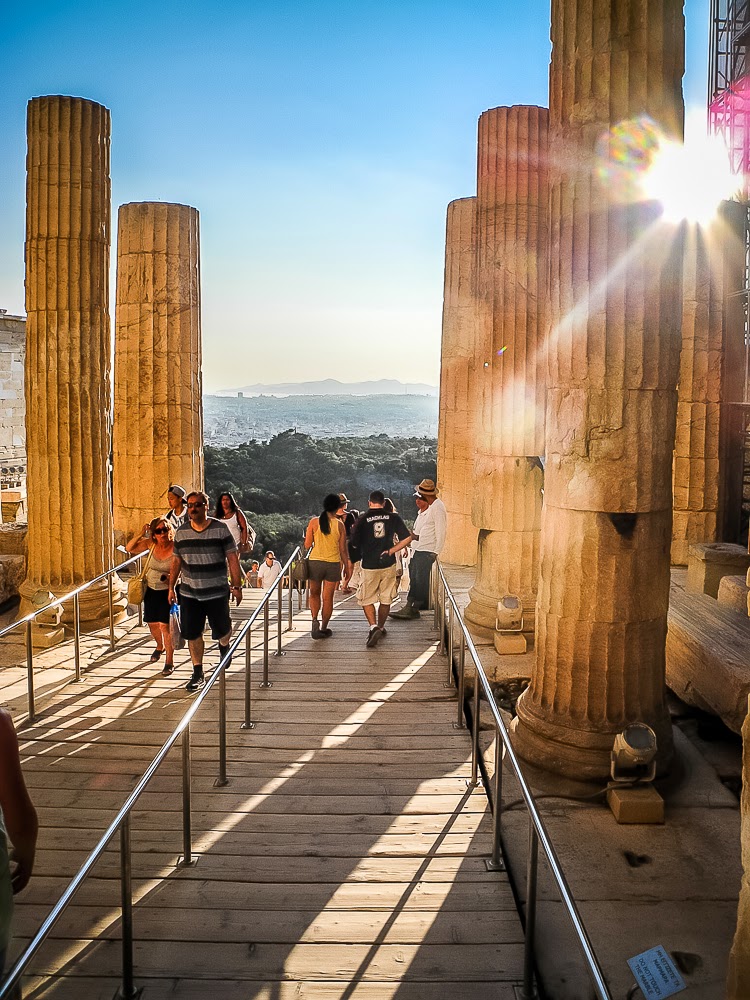 2. Don’t visit Athens in August. When it’s 95 degrees at home, you don’t go galavanting outdoors for hours; you stay in air conditioning. But when you only have 48 hours to see all there is to see in a city, you get out there and sweat it out. Sure we smiled for the camera but we were secretly wet and miserable. The end of each day felt like a huge accomplishment. We didn’t just see Athens–we endured Athens. 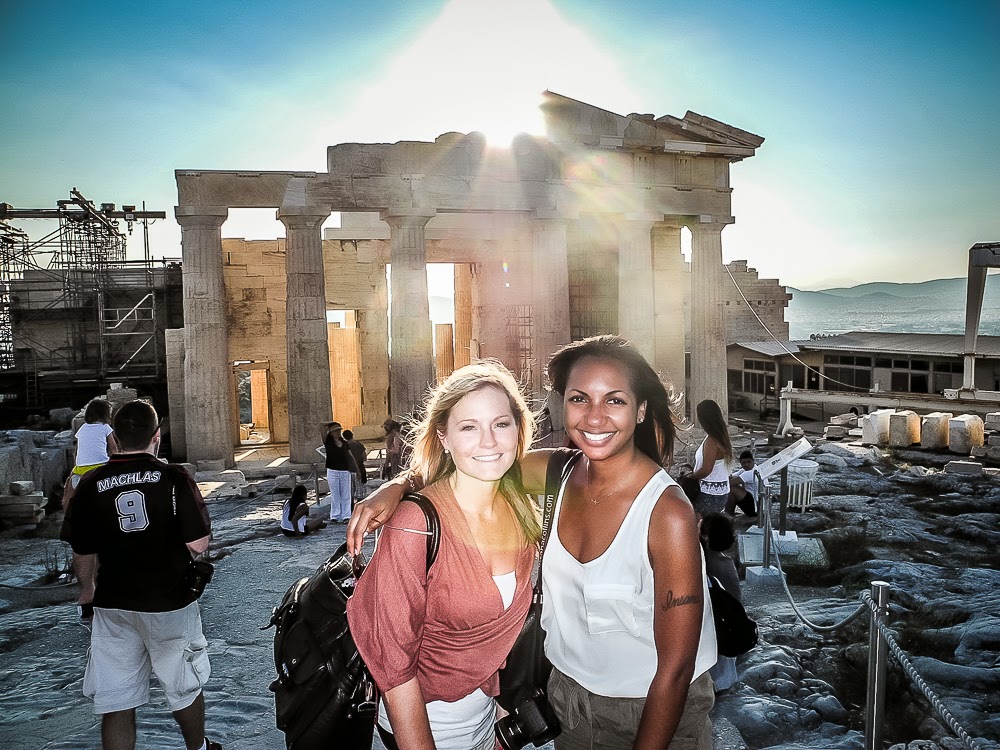 3. There’s more to see than the Acropolis. And you’re not allowed to touch it. I can’t blame Greece for surrounding the world’s oldest structures with rope or scaffolding–all of their ruins are…already ruined. And there’s graffiti everywhere. So the best you can do is what we did: take pictures in front of monuments and imagine what it was like to be there 3,000 years ago. What people wore, how they spoke, how they walked about barefoot or in sandals, what they discussed, whether they were allowed to eat food inside the Temple of Zeus, etc. All courtesy of one of the best inventions ever: the Hop On/Hop Off Tour Bus.

4. The food is tasty! If you are a picky, healthy eater like me, leaving home could put you in a panic. Add to that April, the vegetarian, AKA selective pescetarian. Alas, we had no reason to fret, since Greek food serves everything we like to eat: salads with healthy oil-based dressings, and fish, fish, and more fish. And bonus: tzatziki!! 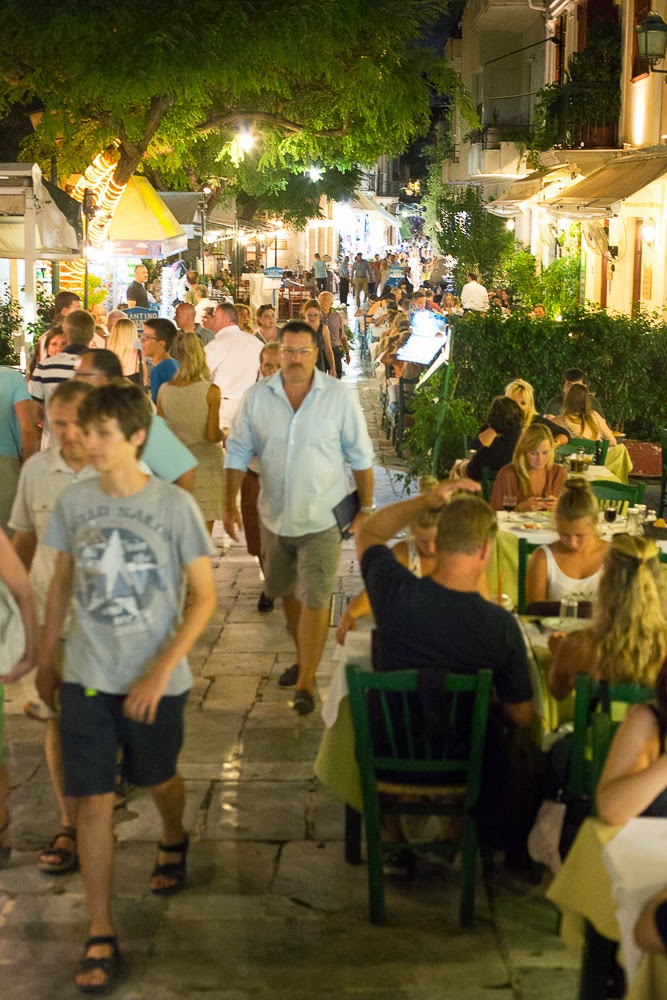 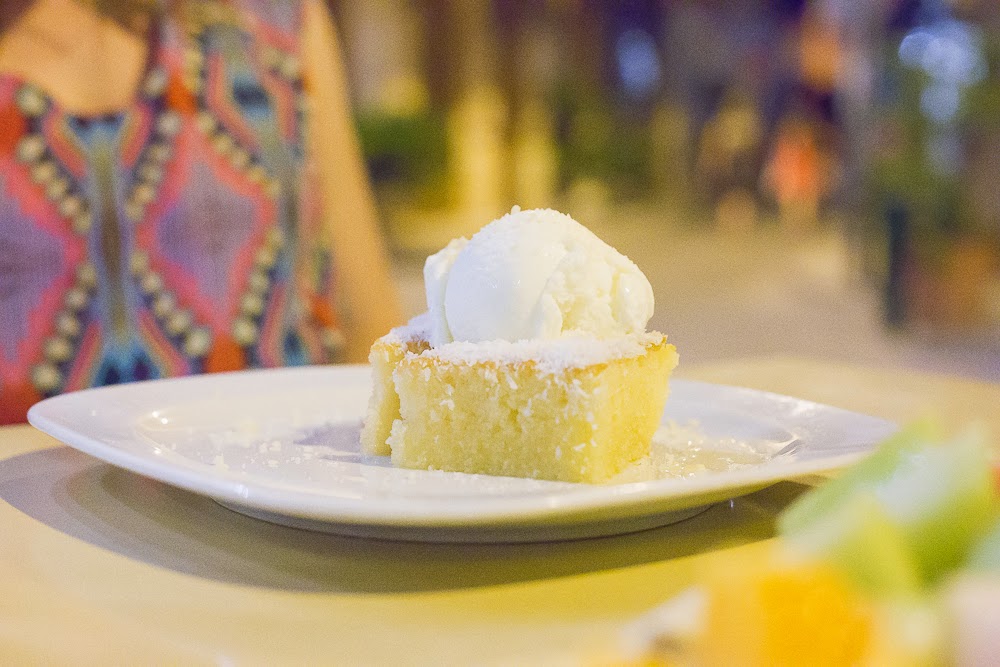 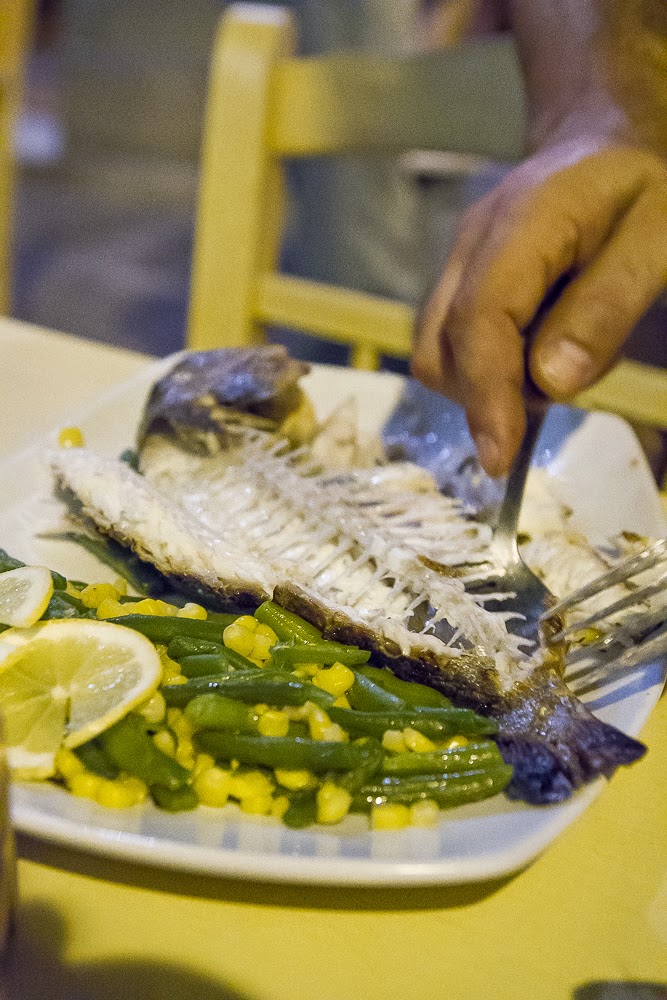 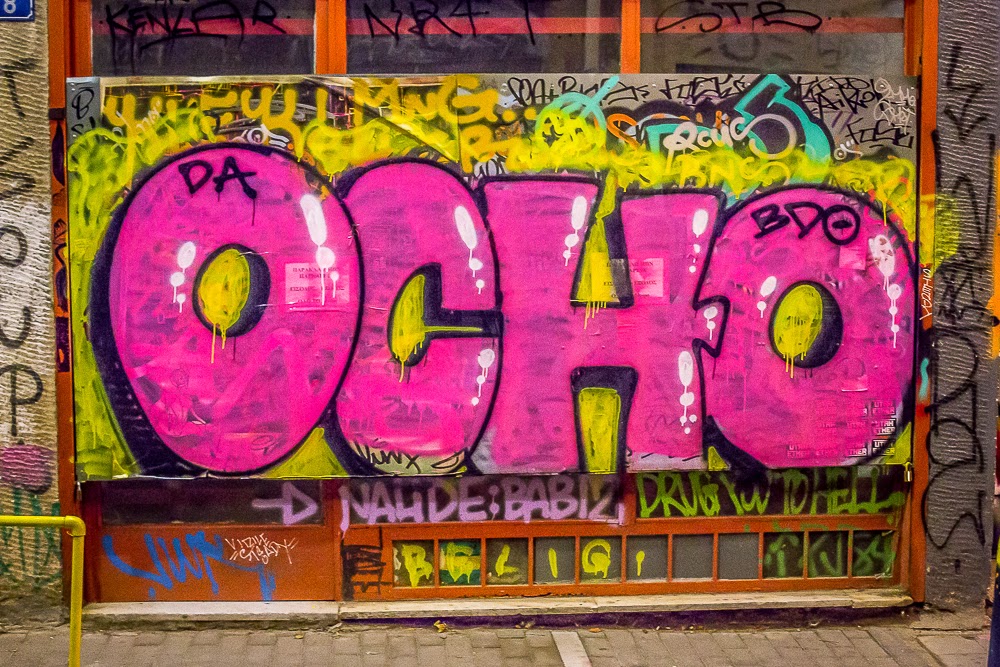 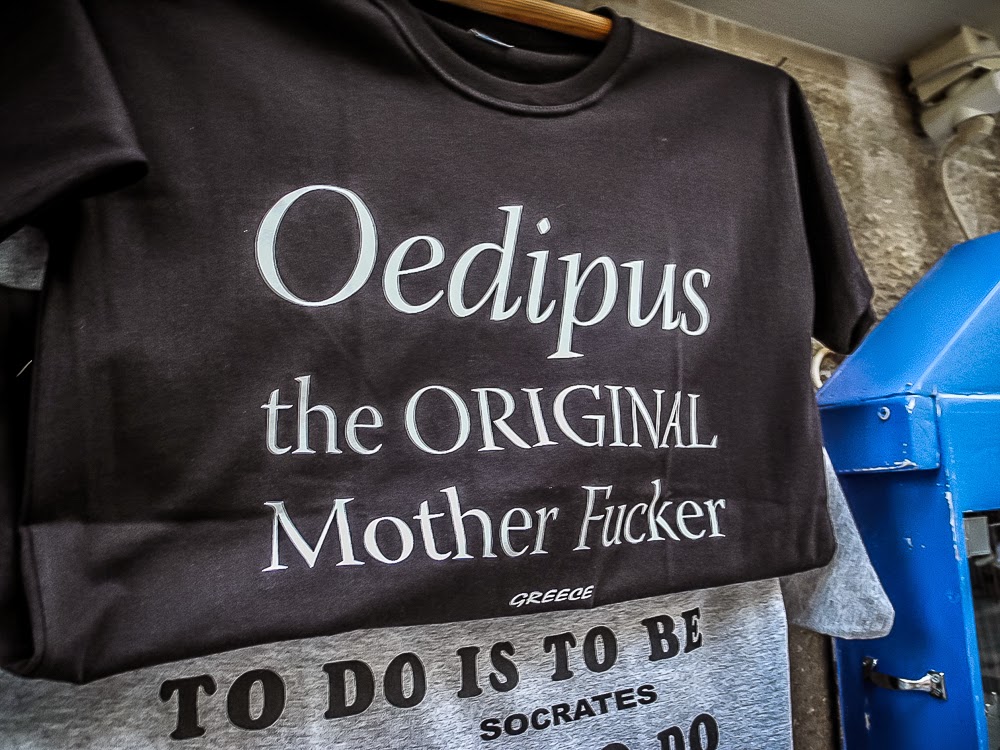 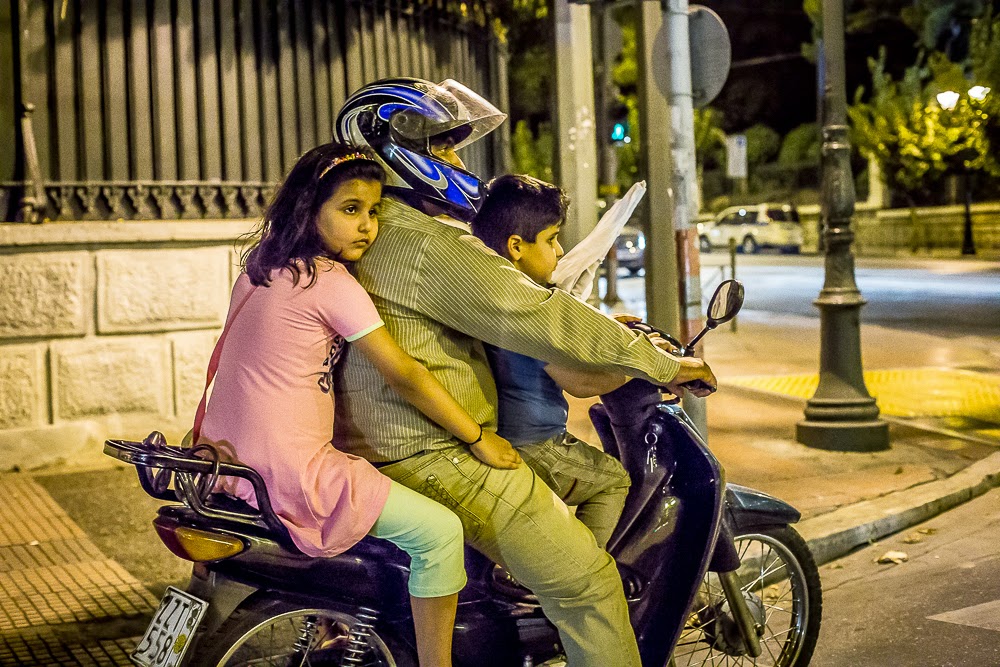 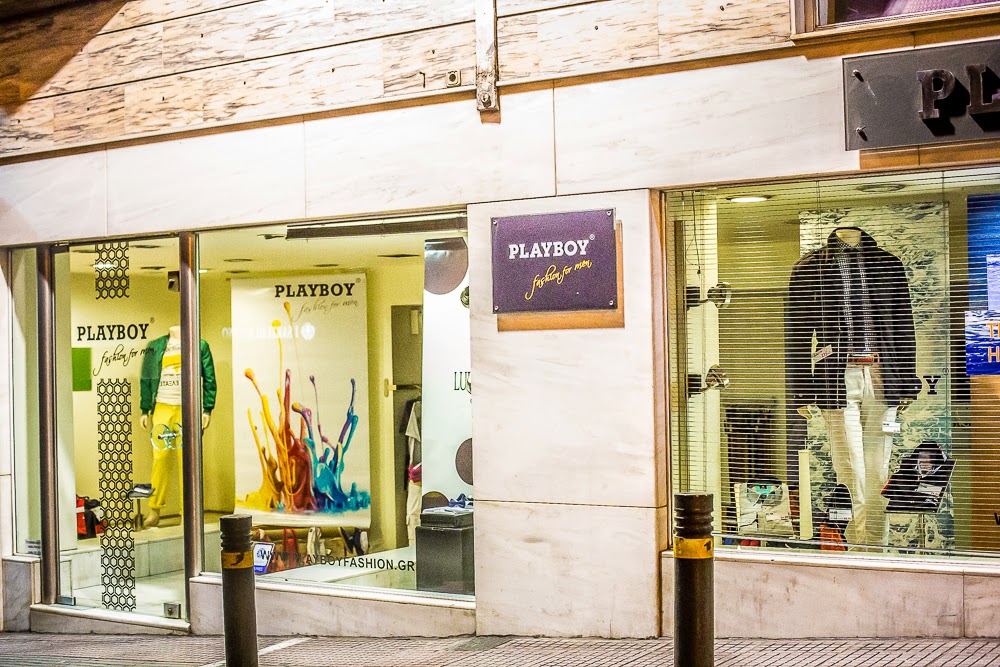 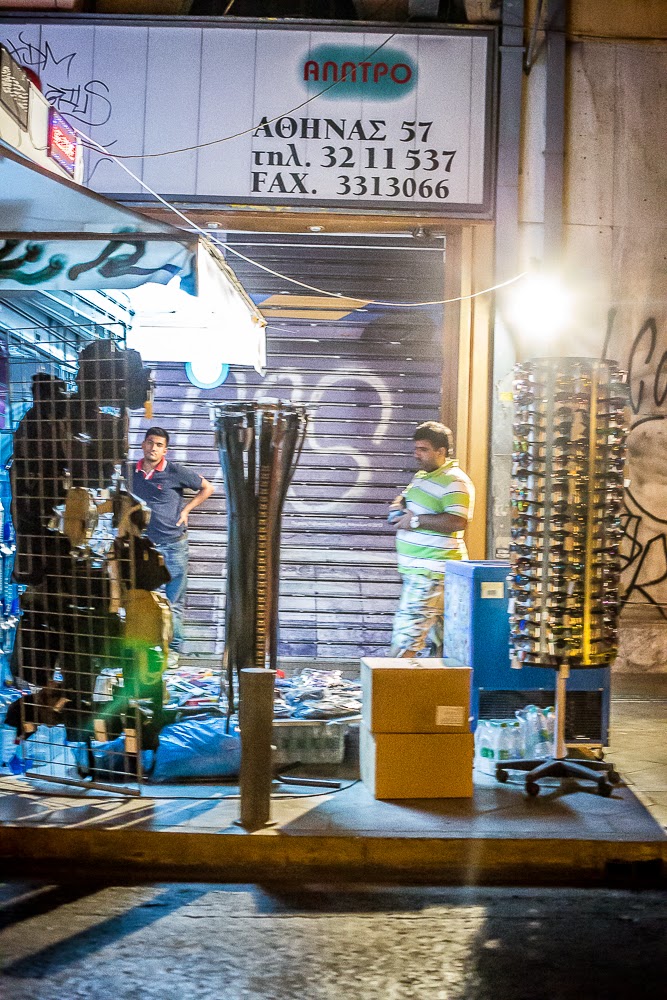 Overall, I liked Athens. I think we maximized our two days there and I can say I’d go back. But not in August.

Have you ever been to Athens? What did you think? Has this review swayed your decision to visit one day? Tell me about it.

Stay tuned for photos from our next destination: Santorini. 🙂