You may have read about my trips to Athens, followed by Santorini, but I’m most excited to tell you about my absolute favorite location of this four-part summer trip: Mykonos.

After discovering the wonder that Santorini isn’t, I’m not gonna lie: I was skeptical about Mykonos. I’d heard such great things about both islands, but there was really only one way to separate the truth from fiction.

My fair-haired friend, April, and I set out early Sunday morning, the 6th day of our 10-day trip. Despite the experience of the hydrofoil to Santorini, we’d already pre-booked another boat ride to Mykonos (again, before we left the States).

Unlike the mini-cruise ship experience of the hydrofoil, the boat to Mykonos was more a high-speed ferry: much smaller, with a much rockier ride. Our luggage was stored in the cabin with our seats, using the “put-it-wherever-you-find-space” method. At least this way, we could keep our eyes on our stuff.

To avoid the taxi fiasco of Santorini, we called the our Mykonos hotel, the Leto, to arrange transportation. 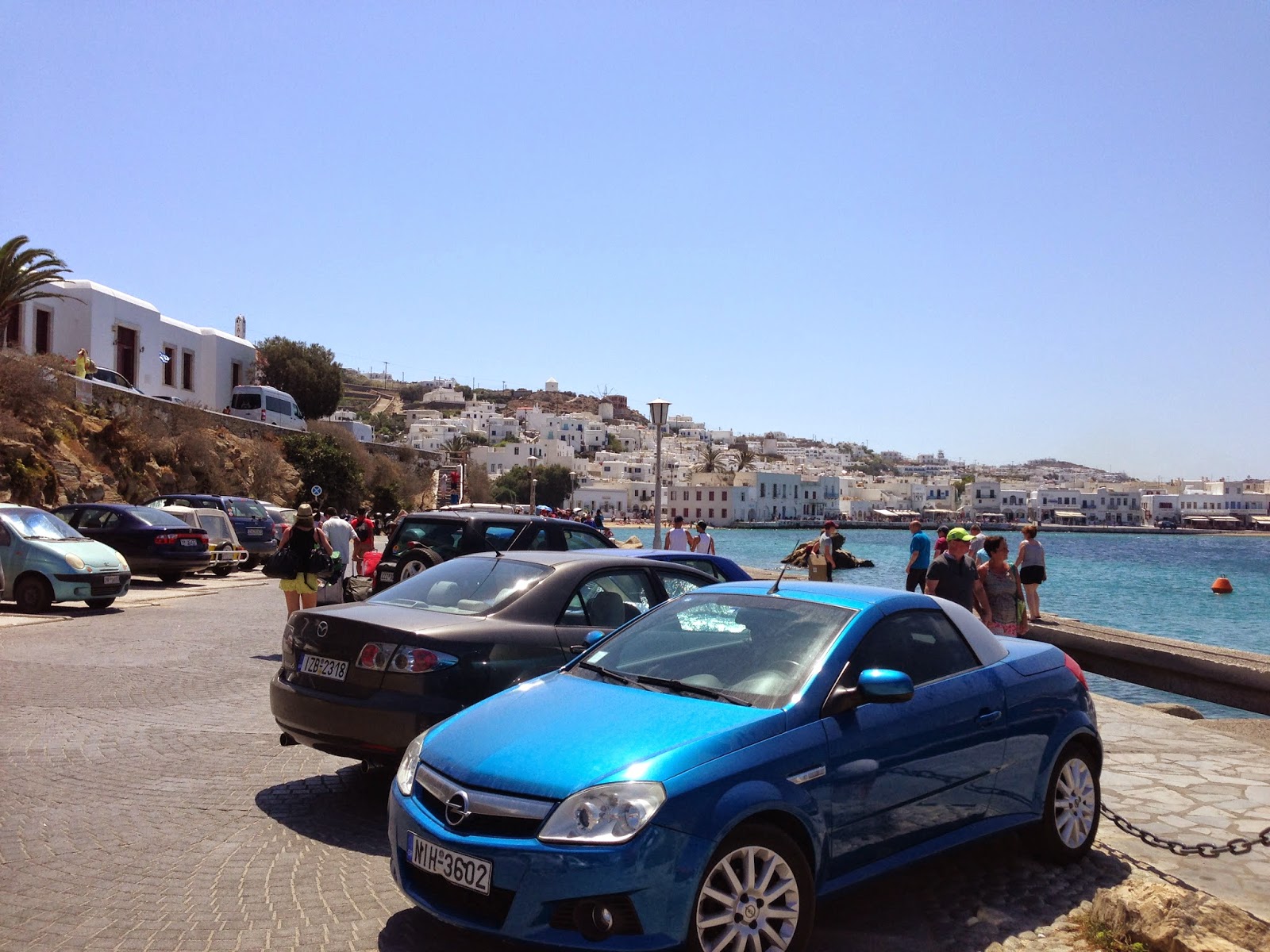 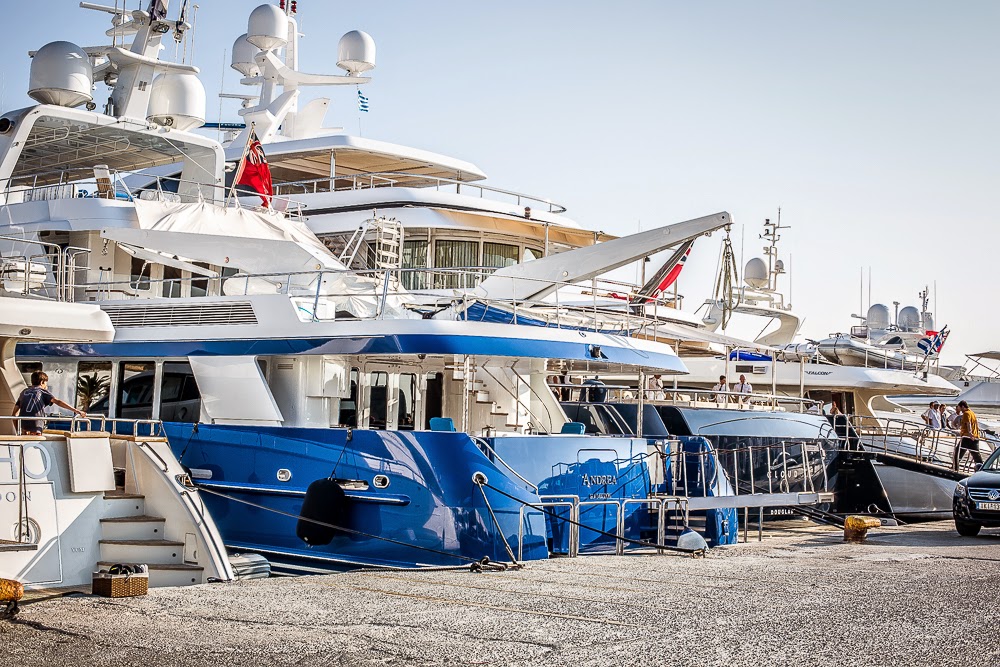 The port is located next to a bus stop, right behind these boats in fact, which seems to be the primary mode of transportation if you don’t have a car. Although there were many places renting scooters to tourists, lots of folks, like us, opted to take the bus, which operates every 30 to 60 minutes and costs 1.50 to 2 Euro each way.

Our first stop was the first place the bus took us: San Stefano Beach. It was almost close enough to walk, but as the concierge told us, “The streets in Mykonos are very narrow. And people drink.”

Guess what y’all? This beach had sand. It had crystal clear blue water and people frolicking in it as far as the eye could see. It had a restaurant that served us hot stuffed mushrooms and cold fruit. It was divine.

Know what else is at San Stefano Beach? African hustlers of all kinds of counterfeit goods. This one actually sold a pair of “Beats by Dre” headphones to the Italian crew nearby. 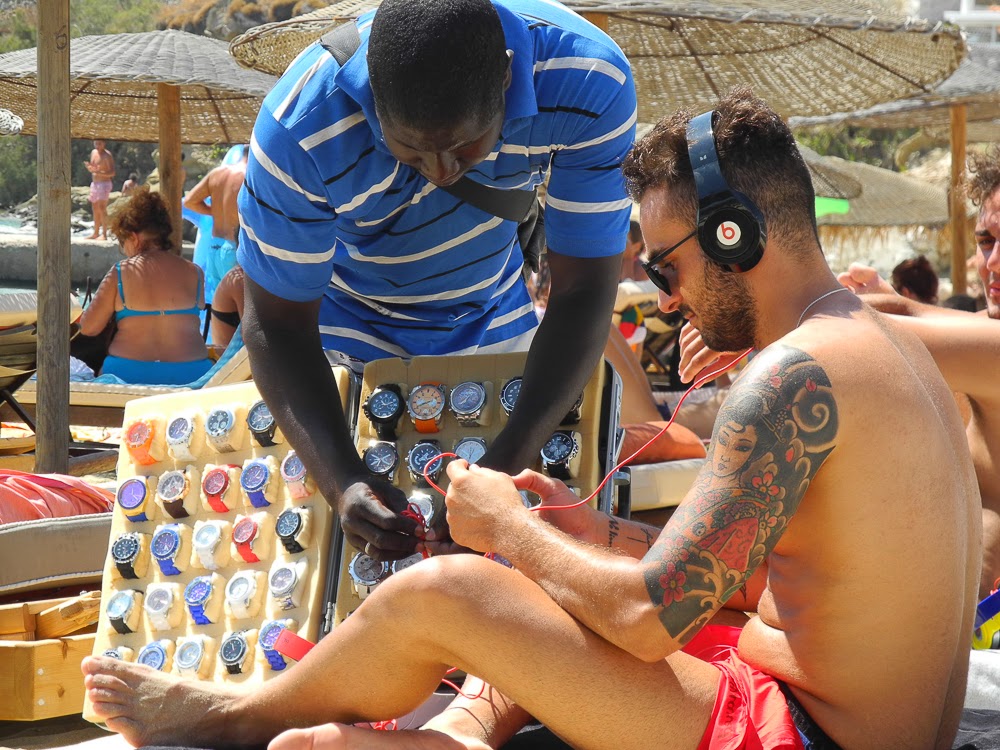 He came over to me and said, “My sista, my sista, want to buy?” I pretended I wanted to buy a watch for my brother at home so that I could get these closeup photos. 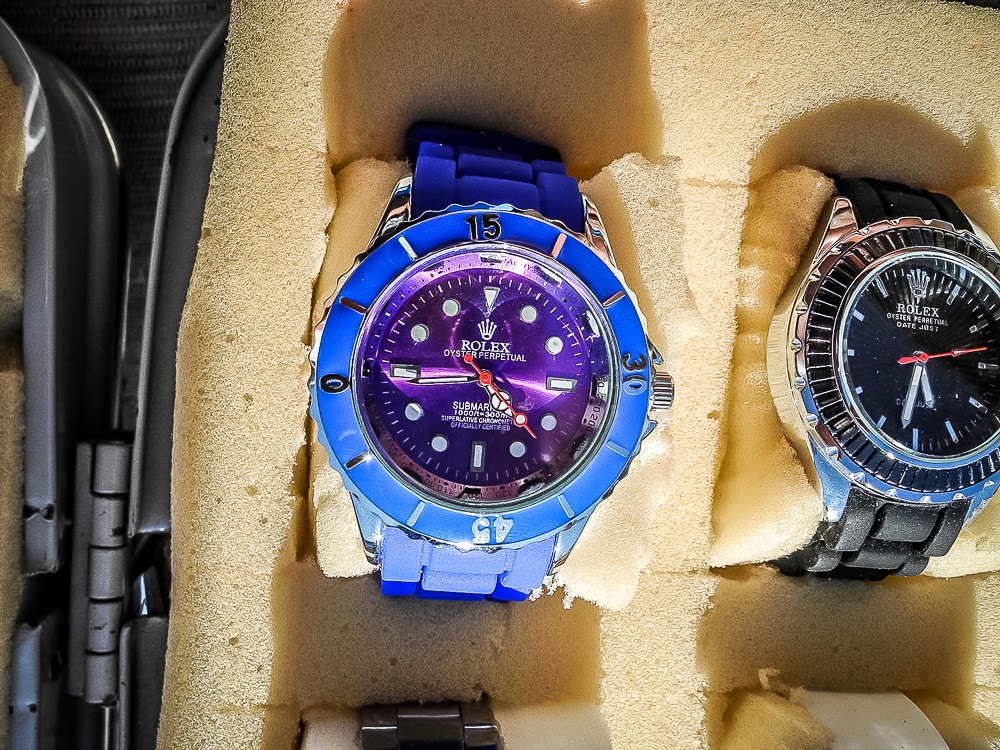 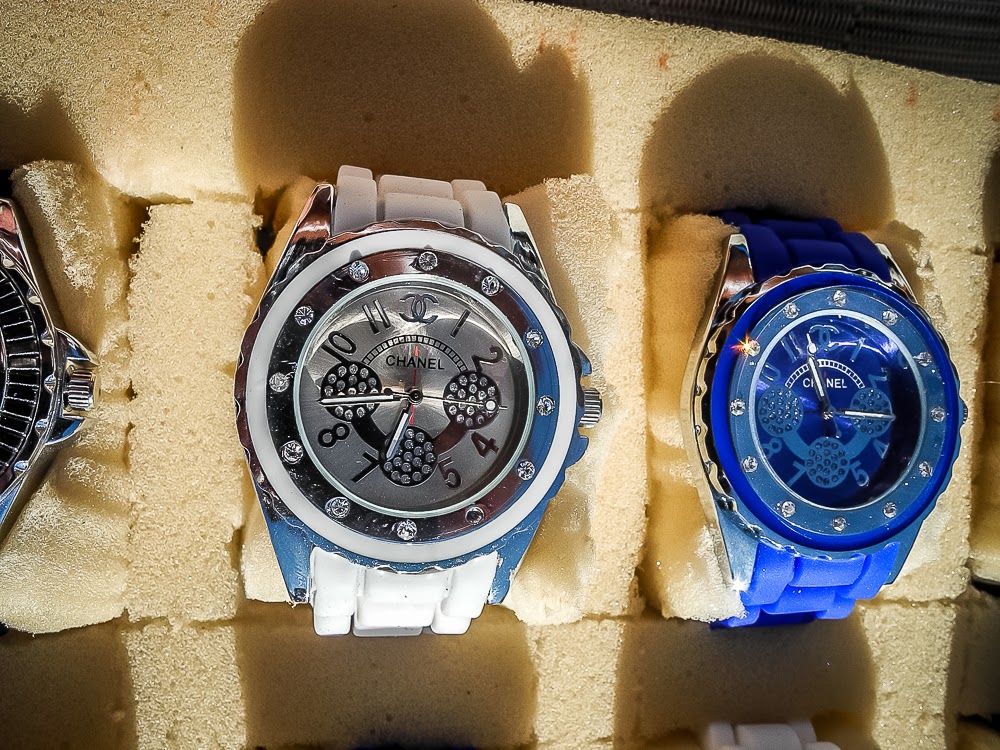 Since April and I never got a full 24 hours to acclimate to Europe standard time, we took our usual midday one-hour nap and got ready for dinner. Every time we took that nap, I could’ve easily slept into the next day. But we only have one more day here in Mykonos, so I had to (wo)man up. 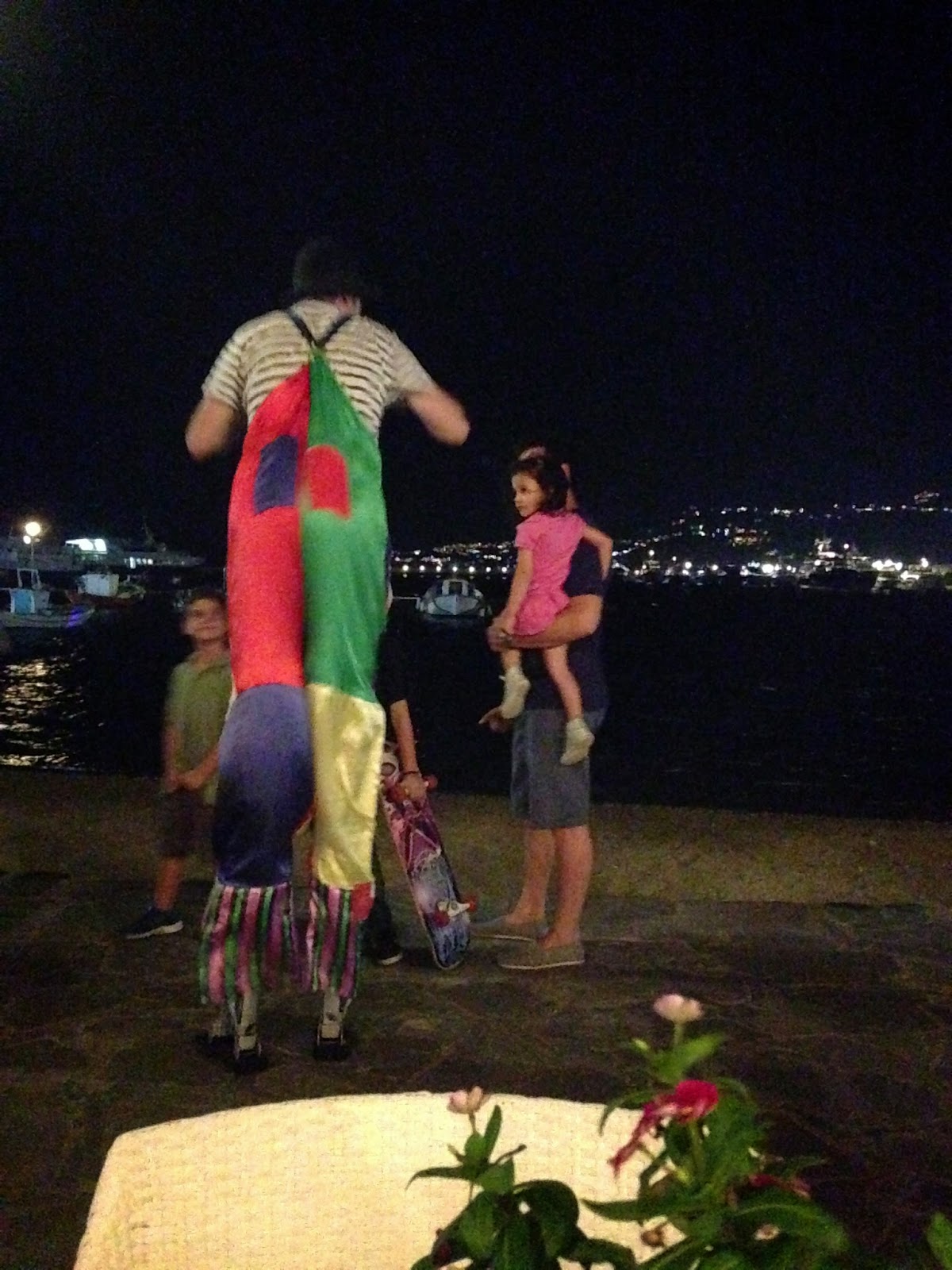 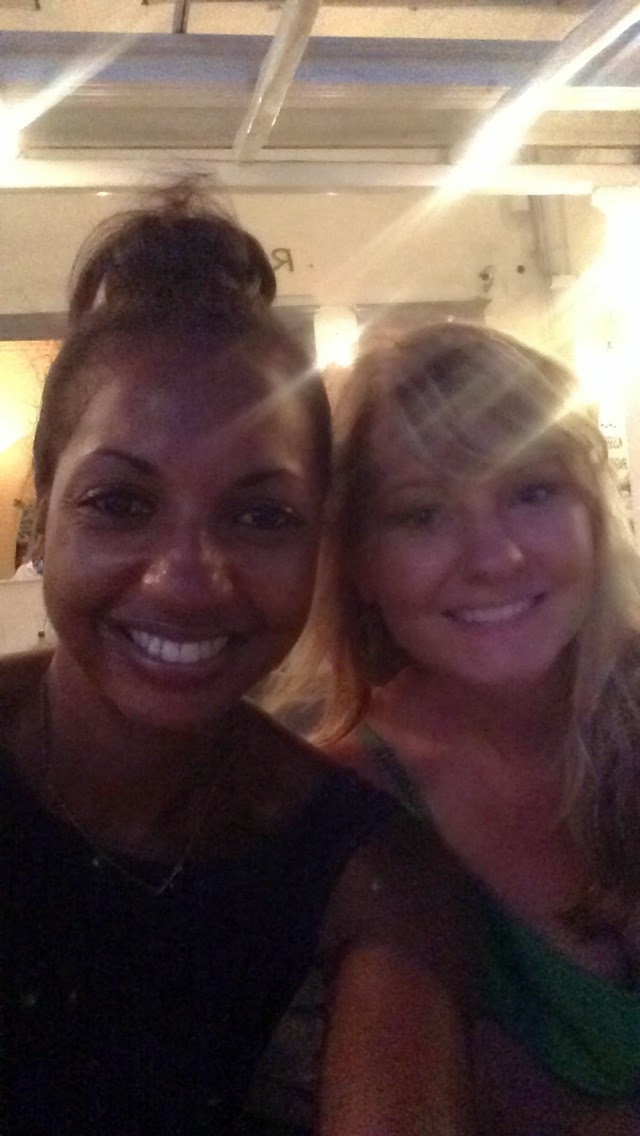 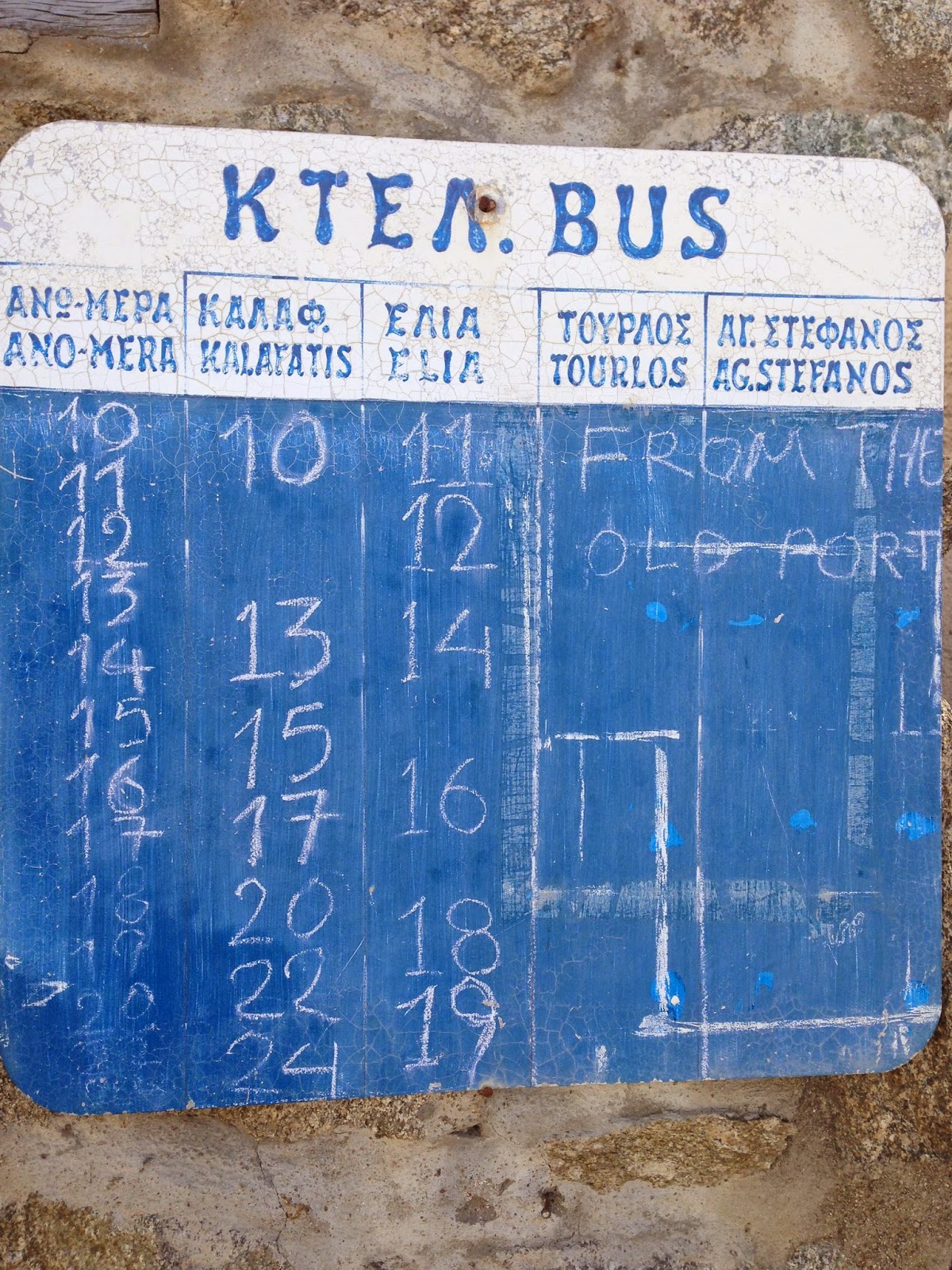 Once boarding the bus, we noticed the number of gay men boarding with us, approximately 50% of of the buses 60 riders that morning. Once we got off, half of the riders headed to the left, toward the photo above. All of the men headed to the right, along a sandy path, to a part of the beach not visible to the rest of us, except for a tall rainbow-staffed flag in the distance. Where were they going? Some 11 am gay beach party that we weren’t invited to?

More views from our beach beds. 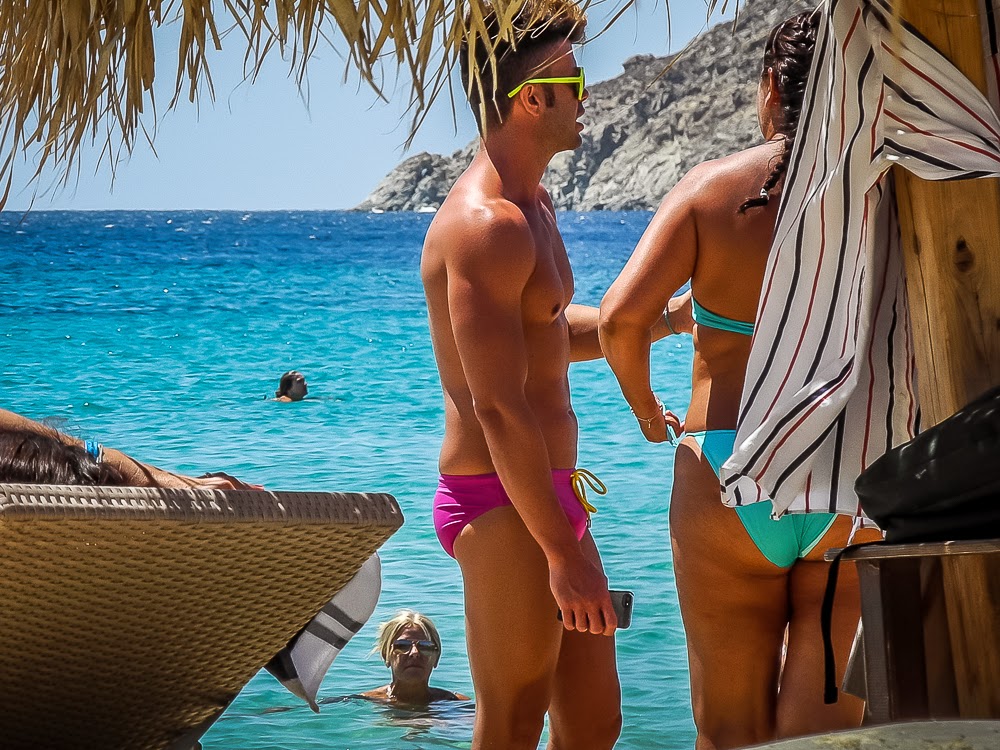 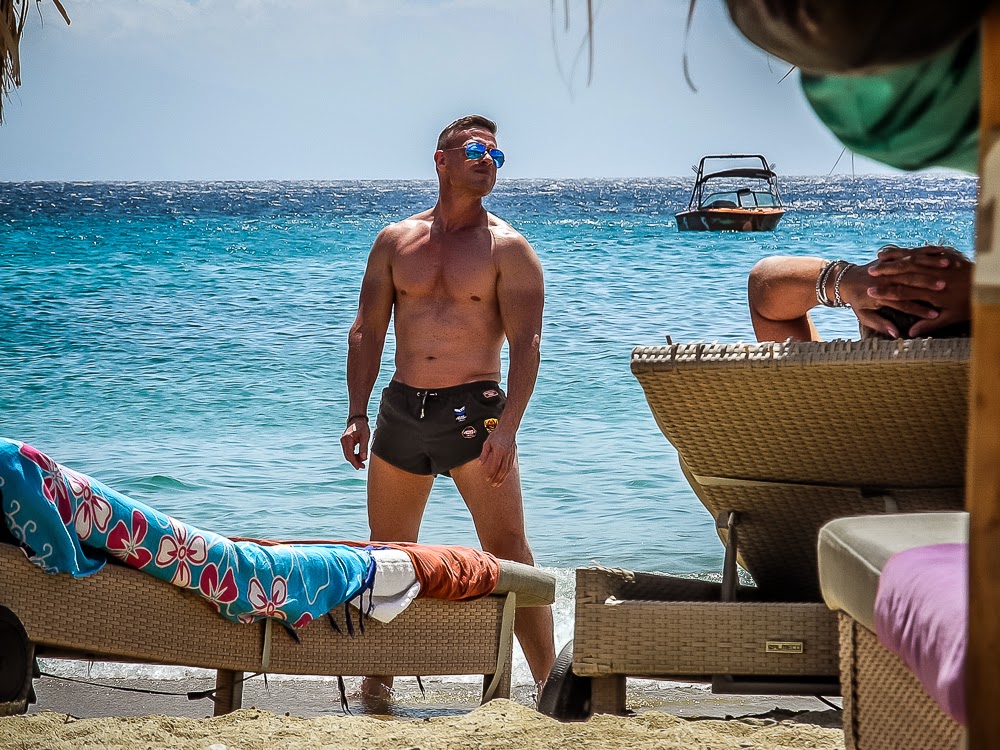 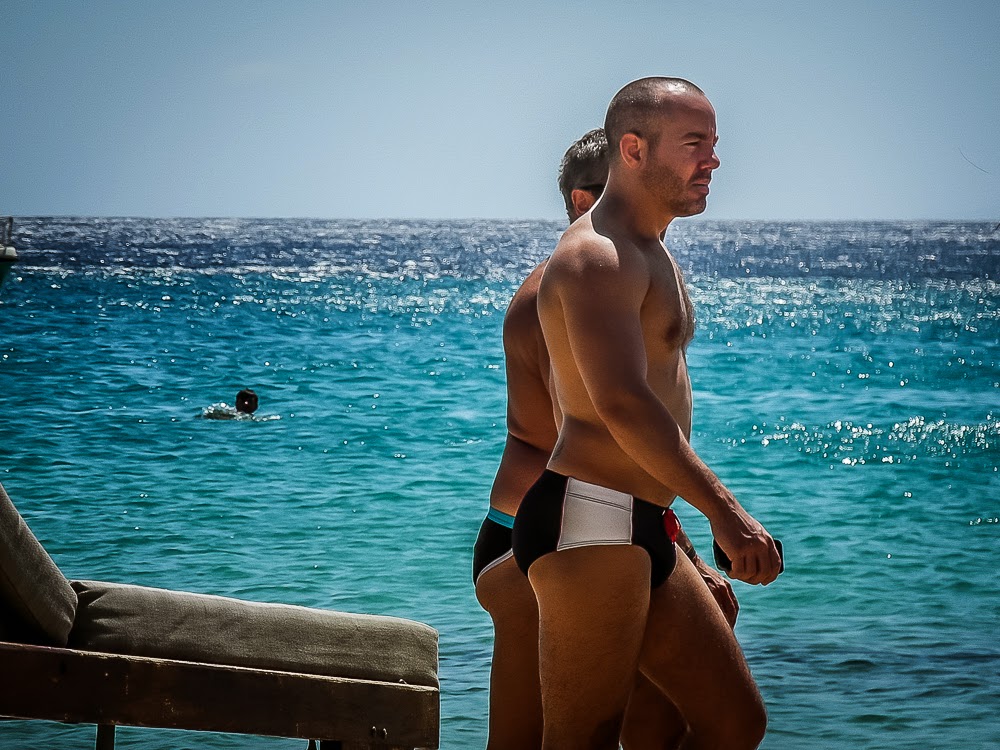 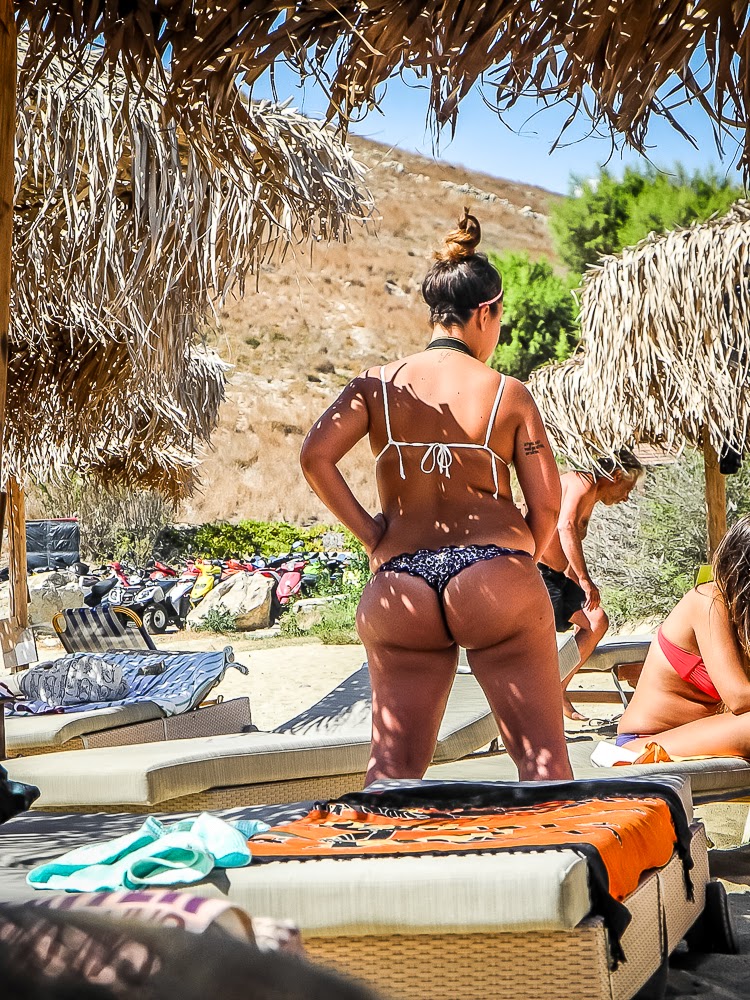 By the way, I was pretty disappointed in the lack of toplessness in Greece. Spain had it right. Oh well. I kept my top on for the duration. Apparently, the “thing to see” in Mykonos are the famous windmills. Most of Mykonos’ 16 windmills were built by Venetians in the 16th century, and 7 of them were right near our hotel…through a maze of winding streets.

And there they were.

Look at those waves! I took a quick photo of Little Venice and we darted back behind the wall of shops that line the coast, shielding ourselves from the high winds. By this time, we were starving, and found a little gyro spot to eat. Mykonos is beautiful. And beautiful is an understatement. I’d recommend it to anyone wanting to relax and tan on the beach, but also someone wanting the option to shop and eat or party. The people are nice and getting around is easy. And it’s the gay friendliest place I’ve ever visited in my life. Not that there’s anything wrong with that.

Stay tuned for the last leg of this trip: Istanbul, Turkey!